Saluki Soccer loses its 10th game of the year against Valparaiso. 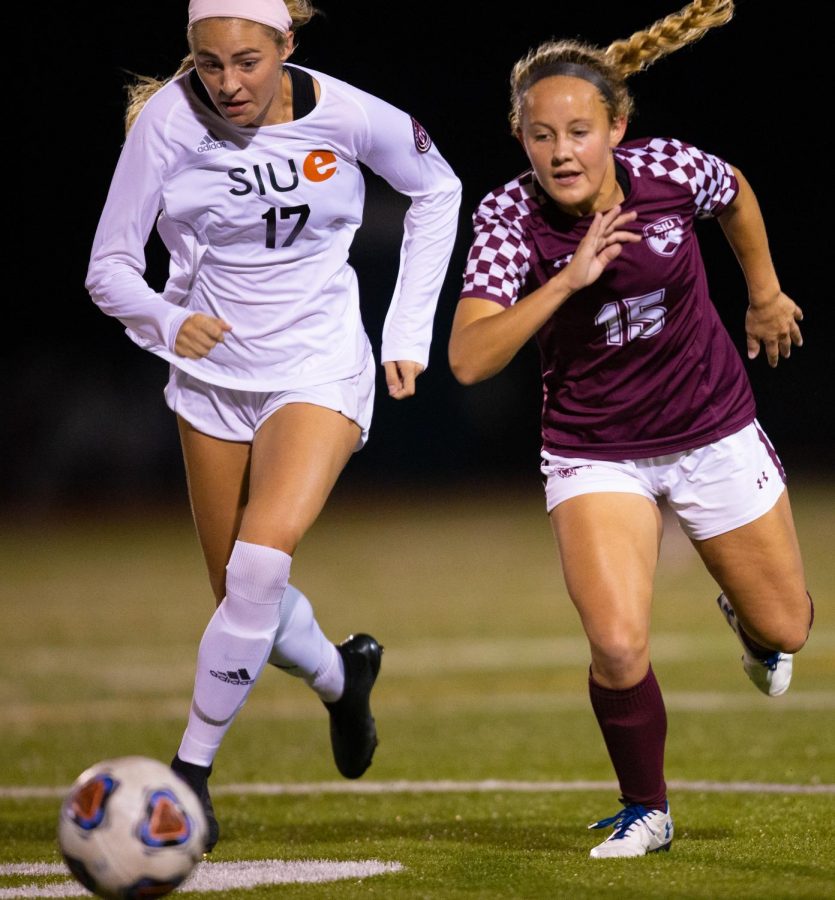 Saluki freshman Katy Quinn chases after the ball on Friday, Oct. 18, 2019 during the Salukis' 0-2 loss against SIUE Cougars at the Lew Hartzog Track & Field Complex.

The Salukis were outshot 24-9 on the day, with five of those being on goal. SIU also allowed more corner kicks, losing that margin 5-1, and out-fouled the Beacons 13-9 on the night.

Junior goalkeeper Maddy Alaluf started Wednesday night for the Salukis. She had nine saves on the night but allowed both Beacon goals.

The first half was formidable for the defenses, considering the score ended up 0-0 at the end of the first half. No shots were recorded for either team until the Beacons broke it open at the 13 minute mark.

SIU was limited to only four shots in the first half compared to Valparaiso’s eight, with only one being on goal with less than two minutes left of the half.

Valparaiso broke the score open on the night with a goal by freshman forward Dana Fish with less than 16 minutes left of the match. Fish received an assist by senior midfielder Morgan Metzger on the goal.

SIU couldn’t get their offense going after this point for a comeback and failed to record a shot the rest of the way.

A foul committed by DuCharme with less than two minutes of play helped the Beacons seal the deal with a penalty kick goal by sophomore forward Kelsie James. The goal put the Beacons up 2-0 late and helped Valparaiso notch their third conference win of the season.

The Salukis continue their season next week after a little bit of a break to take on the Drake University Bulldogs back in Carbondale. The match will take place on Saturday October 9 with a 5:30 p.m kick-off.