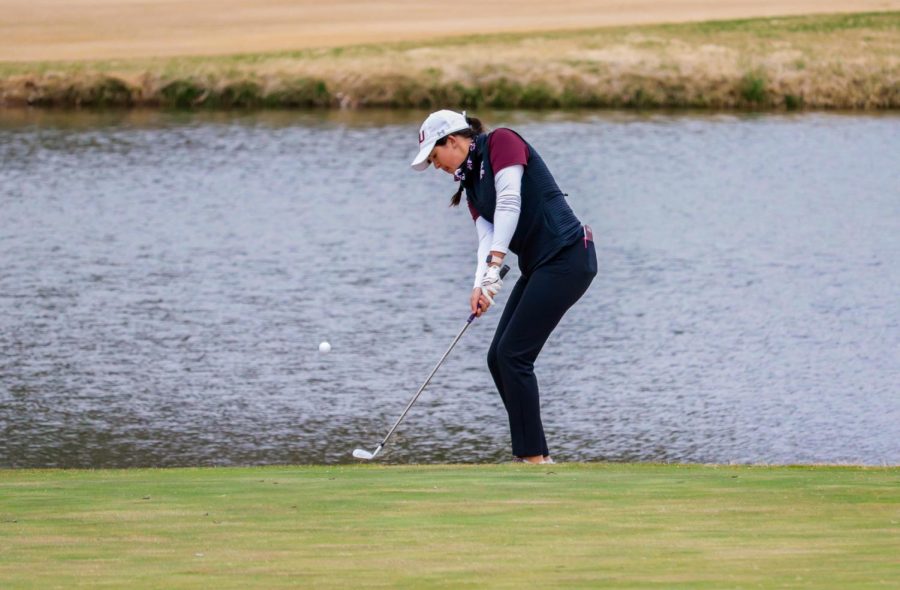 SIU freshman, Hollie James, chips the ball onto the green at the Battle Between Southern and Bradley March 14, 2021, at Hickory Ridge Golf Course in Carbondale, Ill.

SIU’s Women’s Golf team finished tenth overall out of 16 teams at the Redbird Invitational in Normal Illinois over the Holiday Weekend. The tournament took place over two days, with two rounds occurring on Sunday and a third and a final round on Monday afternoon.

Breslin led the way for the Salukis, with a score of 10 over par throughout the Invitational and placing 25 overall. Russel finished 39th, Vaughan finished 48th, Habeel finished 55th, and Samattiyadeekul finished 62nd overall out of 89 individuals.

SIU will continue their season at the Hoover Invite in Hoover Alabama Monday, September 20, and Tuesday, September 21.Sports reporter Joseph Bernard can be reached at [email protected] or on twitter @Jojobernard2001.