The Daily Egyptian • May 17, 2021 • https://dailyegyptian.com/108138/news/demand-overtakes-supply-resulting-in-ammo-shortages-across-the-country/ 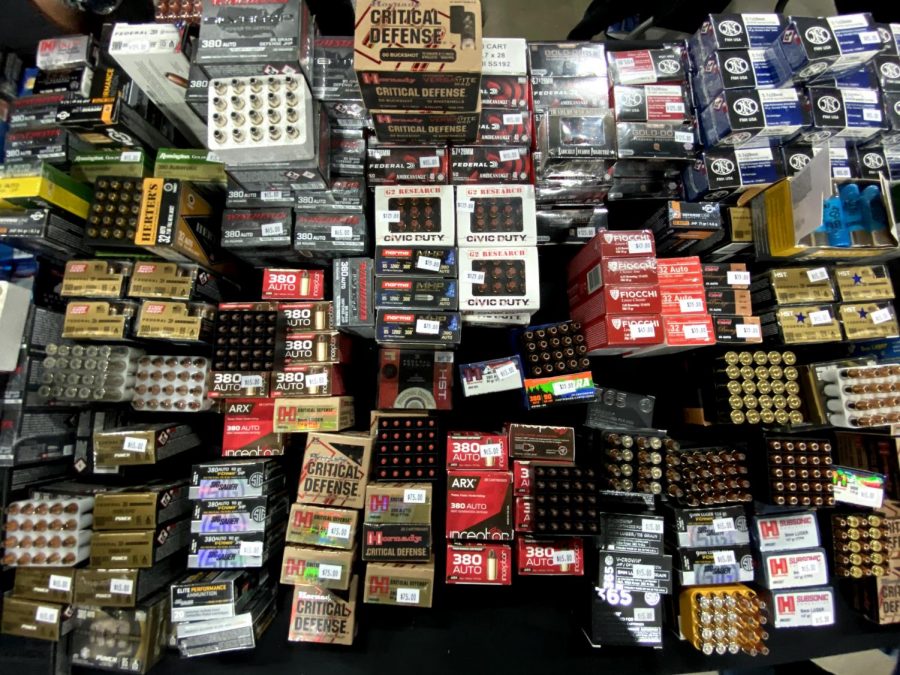 Since the start of the COVID-19 pandemic, gun and ammo sales have skyrocketed and nearly 8.5 million people bought their first firearm in 2020, according to the National Shooting Sports Foundation.

“The biggest increase of any demographic category was among African Americans, who bought guns at a rate of 58% greater than in 2019,” Joe Bartozzi, reporter for the NSSF, said.

Previous spikes in gun sales have occurred following the Sandy Hook, San Bernardino and Parkland shootings, according to an economics study at Brookings, but no single bump in sales has compared to 2020.

“I’m tired of hearing about us not trying to service the demand we’re experiencing,” Jason Vanderbrink, president of Federal Ammunition, said in a video addressing the complaints customers had been experiencing.

Across the U.S. ammunition manufacturing has kept up an average pace but could not account for the rise in sales Vanderbrink claims.

If you have been to a gun show in the last year the shortage might not be as apparent; Tulsa Oklahoma houses one of the world’s largest gun shows, the Wanenmacher’s Tulsa Arms Show, where dozens of vendors sell nothing but ammo, the catch, most of it is resold.

“Most of this has been bought for personal use over years and years […] really don’t need the ammo sitting around,” Scott Shell, a vendor at the Wanenmacher’s show, said.

Many customers still wait for nearby gun shows to open up and hope new shipments come in.

“It used to be if you needed a firearm and ammunition, it would be ready for pickup in 72 hours […] now I have a hard time getting much of anything,” David Myers, manager of Carbondale’s Five Rings Armory, said.

Stores like the Southside Guns and Ammo in St Louis regularly had empty shelves in stark contrast to the resellers’ market online and at shows like the Belleville Gun & Knife Show and Quad Cities Gun Show.

The insecurity and panic caused by the pandemic is largely to blame, the situation itself is similar to other high demand products that saw supply falling short.

Toilet paper and hand sanitizer were some of the earliest products bought in bulk with many attempting to resell on Amazon and Facebook marketplace.

Unlike toilet paper, hand sanitizer and food products, there is essentially no legal repercussion for price gouging ammo.

Scalping has led to ammo prices skyrocketing, with the most common box of ammunition, the 9mm, nearly doubling since June, 2020.

MeWe has contributed to the increase in ammo scalpers, providing an outlet to sell off bulk carts of ammunition.

MeWe, like Facebook allows users to join groups, and directly message participants, it is here firearms and ammunition are sold locally or through the mail.

The U.S. House of Representatives passed, this March, H.R.8 also known as the “Bipartisan Background Checks Act,” the goal of which is to close the online and gun show loopholes for firearm sales.

In a market that consists of over 40% of Americans, having a supply drought can cost billions in lost revenue.

“I think a lot of smaller gun stores that don’t have a lot of supplemental income are going to struggle in the long term,” Myers said.