The Daily Egyptian • May 10, 2021 • https://dailyegyptian.com/108117/news/biden-admin-reinstates-health-care-protections-for-trans-people-heres-what-changed/ 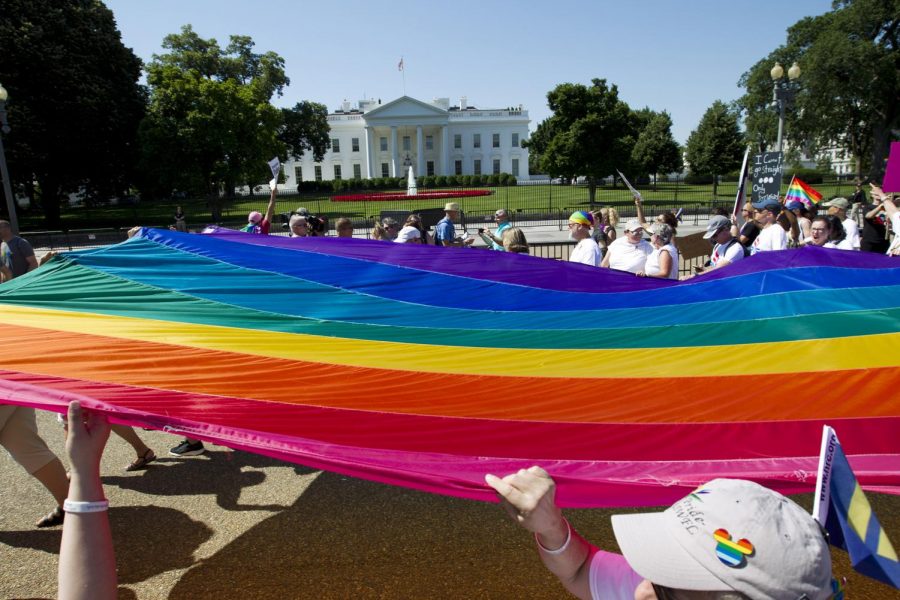 Demonstrators hold up a rainbow flag as they march outside of the White House during the Equality March for Unity & Pride parade in Washington D.C., June 11, 2017.

President Joe Biden’s administration announced Monday it will restore protections from health care discrimination on the basis of sexual orientation and gender identity.

“The update was made in light of the U.S. Supreme Court’s decision in Bostock v. Clayton County and subsequent court decisions,” HHS says.

The court ruled in that 2020 case that is a violation of Title VII of the Civil Rights Act to fire a person simply because they are gay or transgender. The change reverses a policy instated under former President Donald Trump that excluded these protections and defined “sex” based on one’s gender assigned at birth, The Washington Post reports.

Activists had said the Trump-era policy would allow providers and insurers to deny services to transgender people. “Fear of discrimination can lead individuals to forgo care, which can have serious negative health consequences” HHS Secretary Xavier Becerra said in a statement. “It is the position of the Department of Health and Human Services that everyone — including LGBTQ people — should be able to access health care, free from discrimination or interference, period.”

As reported by The Associated Press, the change means “the HHS Office for Civil Rights will again investigate complaints of sex discrimination on the basis of sexual orientation and gender identity. Hospitals, clinics and other medical providers can face government sanctions for violations of the law.”