The Daily Egyptian • May 2, 2021 • https://dailyegyptian.com/107955/sports/southern-illinois-softball-sweeps-valpo-in-weekend-series/ 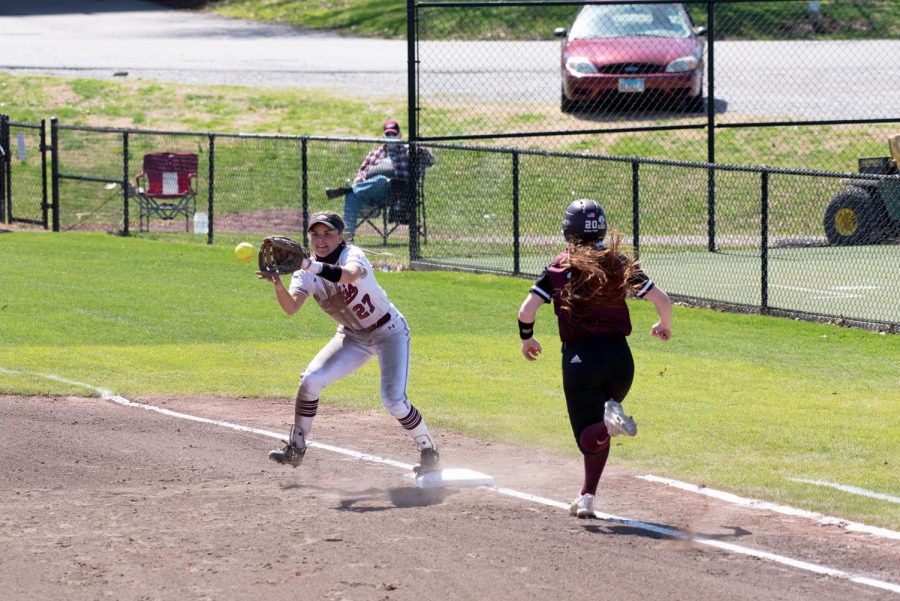 The Salukis won both games of the doubleheader on the first day 3-0 and 3-1, and they won the last game 8-0.

The first game started with a RBI to the middle of the field from graduate student catcher Katelyn Massa where senior infielder Jenny Jansen scored the first run.

Valpo remained scoreless for the rest of the game and the Salukis took the win 3-0.

In the second game, Vermejan scored early in the first inning from a RBI by senior outfielder Maris Boelens, giving SIU the lead 1-0.

Massa scored a run in the fourth inning from a RBI to left field by freshman outfielder Elizabeth Warwick, increasing the Saluksi lead to 2-0.

Valparaiso scored one run in the seventh inning from freshman outfielder Regi Hecker, but it was not enough to beat Southern and SIU won the game 3-1.

The Salukis started the last game of the series with two runs in the second inning from a home run and RBI by freshman infielder Elisabeth Huckleberry where she and Boelens scored.

Jansen scored in the fourth inning from a RBI by Massa, making the score 3-0. Huckleberry hit another home run in the same inning with Boelens and Meredith Wernig on base, scoring three more runs.

The Salukis continued to score in the fourth inning with a two RBI hit by Caylor where Vermejan and Warwick scored a run, increasing the lead to 8-0.

Since Valpo was unable to score a run in the fifth inning, the game finished early and Southern completed the sweep, winning 8-0.

The Salukis take the field next against University of Northern Iowa on May 8 and 9 in Cedar Falls, Iowa.