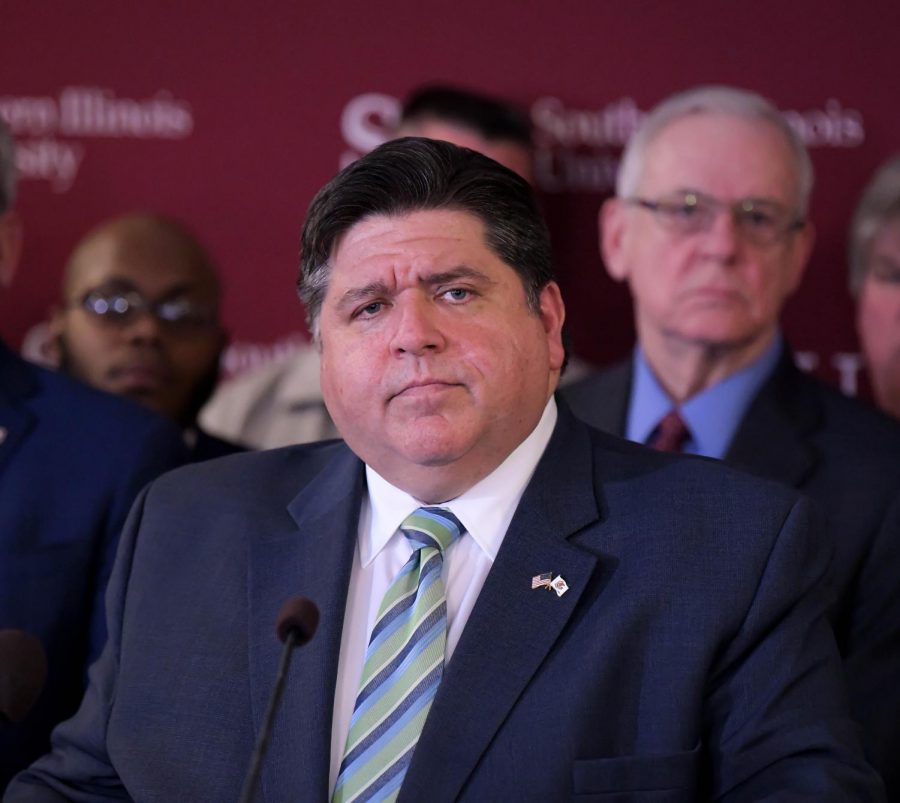 Illinois Governor J.B. Pritzker takes questions from the media on Tuesday, Jan. 21, 2020 at the School of Mass Communication and Media Arts at SIU.

Governor Pritzker activated 125 Illinois National Guard members to assist Chicago Police in case of protests due to the Derek Chauvin trial and the death of 13-year-old Adam Toledo at the hands of police.

Derek Chauvin is being tried for the 2020 death of George Floyd of Minnesota. Chauvin was a police officer who arrested Floyd due to the suspicion of him paying a grocery store a counterfeit bill.

Chauvin kneeled on Floyd’s neck for nine minutes and 29 seconds; Floyd’s autopsy revealed his heart had stopped while being restrained.

Adam Toledo was a 13-year-old Mexican American boy who was shot by Chicago Police officer Eric Stillman on March 29, 2021. Body cam footage was released on April 15 where the young boy was seen unarmed with his hands raised. He was pronounced dead at the scene.

Chauvin is expected to receive a verdict within the next few days, which is why Chicago is preparing for protests.

“It is critical that those who wish to peacefully protest against the systemic racism and injustice that holds back too many of our communities continue to be able to do so,” Gov. Pritzker said.

Along with National Guard members, Illinois State Police troopers have been directed to support Chicago Police.

The National Guard will help maintain street closures and will not interfere with protesters, Gov Pritzker said in a release.