The Daily Egyptian • May 4, 2021 • https://dailyegyptian.com/107750/sports/from-the-sandlot-of-metropolis-to-the-lights-of-itchy-jones-jt-weber-reflects-on-journey-to-siu/ 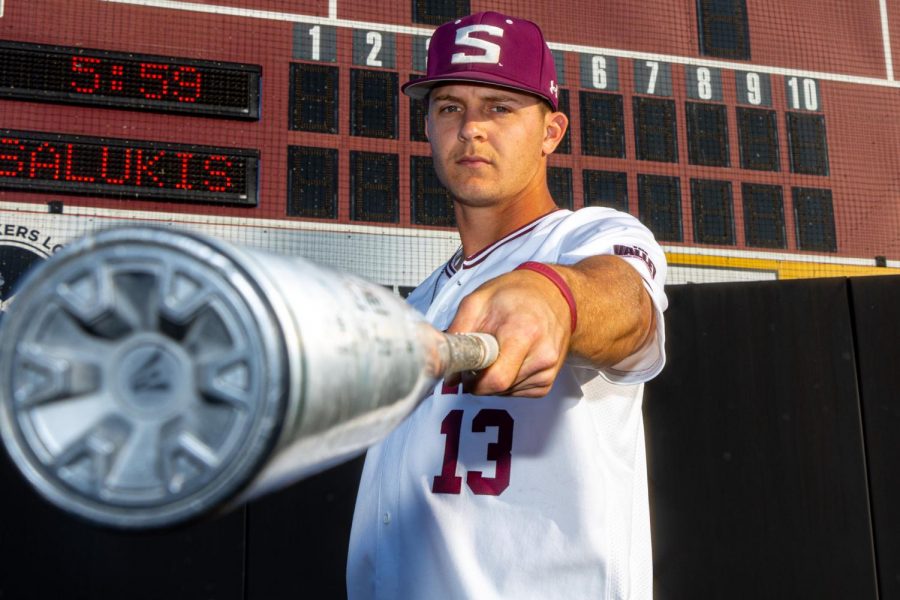 SIU outfielder J.T. Weber poses for a photo on Wednesday, April 14, 2021 at Itchy Jones Stadium at SIU. Weber tied a Salukis' baseball record driving in eight RBIs in a single game, the 8th time for an SIU player to do in the program's history. Weber went 3 for 5, homering twice, including a grand-slam.