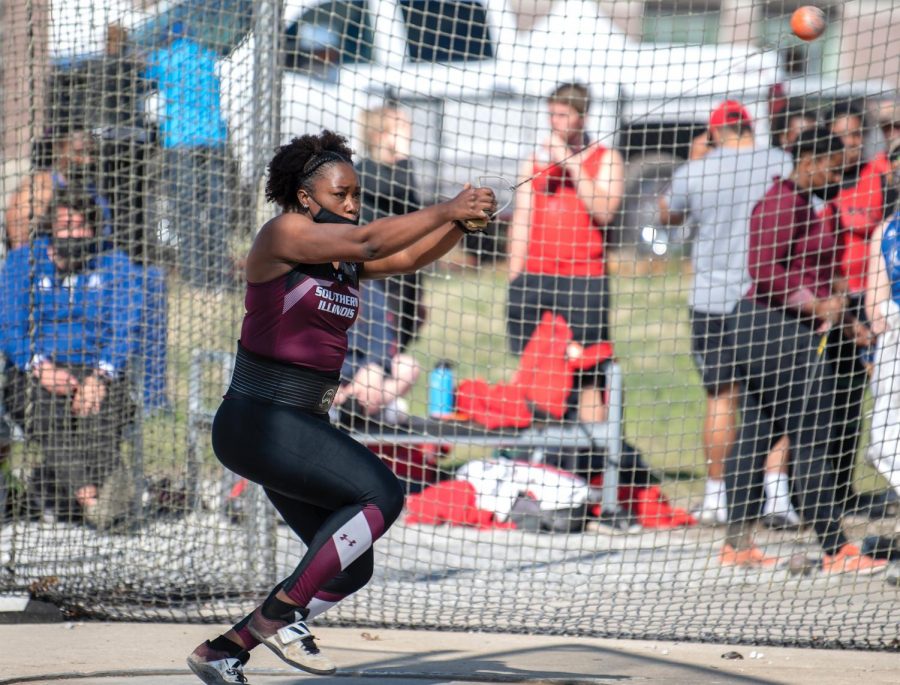 Matisen Ingle winds up during hammer throw on Saturday, March 20, 2021, at the SIU Lew Hartzog Track and Field Complex in Carbondale, Ill.

Also on throws, senior Clint Mayer took first place in the shot put with a throw of 18.04 meters.

Senior Shaunice O’Neal led the way for throws on the women’s side, as the Salukis finished first, second, third and fifth in the hammer throw, with O’Neal recording a throw of 61.94 meters.

The SIU women also finished first, second and third in the shot put with senior A’veun Moore-Jones leading the way with a throw of 16.44 meters.

Freshman sprinter Willie Johnson won the final event for Southern on Friday, finishing first in the 200 meter race with a new personal best time of 21.56 seconds.

On day two of the event, Moore-Jones left off where she started finishing first in the discus with a throw of 45.46 meters.

Hurley followed suit for the men in the discus throw finishing first with a throw of 52.39 meters.

Up next, Southern will be traveling to the Clark Wood Invitational hosted by the University of Louisville on April 23.