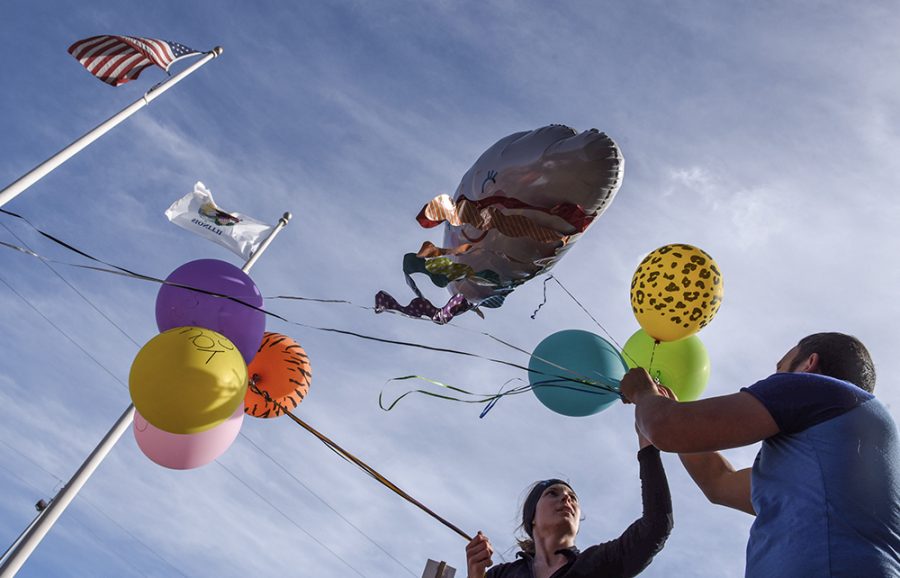 An annual march will be hosted by the Women’s Center on April 30, 2021. The march, Take Back the Night, will spread awareness for sexual assault victims and domestic violence survivors.

Take Back the Night, a non-profit organization, brings awareness to assaults men, women and children have experienced. The march began in the 1970s and takes place in several countries  around the world. Some of the countries include, Australia, Canada and Japan.

Nancy Maxwell, a rape-crisis advocate for the Women’s Center, said the event will have speakers that may want to talk about their experiences.

“The march is usually physical, there will be a candlelight vigil, a speaker, and sometimes we have survivors that want to speak about their experiences. Sometimes we have a speaker on the topic, poetry, music, or however someone wants to express themselves,” Maxwell said.

Members of the community have the opportunity to make signs at the center before the march begins.

“We’ll be making signs first at the Women’s Center outside in the parking lot. People can come and make their signs, and the march won’t start until 7 p.m. when it gets dark,” Maxwell said. “We’ll start at the Gaia House, then march down to the Pavilion, then we’ll have a program which gives the opportunity to anyone in the audience to speak.”

The Women’s Center will also host other events for sexual assault awareness month during the month of April.

“We’ll have a clothesline, this event is traditionally done in the United States as well. It’s a clothesline of T-shirts that women, children, and men have made. It expresses what they went through, and each color stands for something different,” Maxwell said. “Purple is domestic violence, white is for a victim that didn’t make it and they passed away.”

Abby Bilderback, the assistant director of counseling and psychological services at SIU, said the university has a variety of resources on campus to assist sexual assault survivors.

“I think it’s important to recognize that there’s a lot of resources available and students need to make the decision for themselves. You know, when and what resources they should choose based on their experiences,” Bilderback said.

Student health services offers medical resources and counseling to students who have experienced gender based violence, which includes sexual assault.

Students who’ve experienced sexual assault and aren’t ready to speak up can seek assistance at the Women’s Center, and also reach out to their hotline.

“The Women’s Center has a 24 hour hotline […] they’re a local resource and they can call and speak to somebody. There’s also a nation sexual assault hotline that’s available 24 hours at 1-800-656-4673,” Bilderback said.

Speaking up can be difficult, so survivors should know that they’re not alone.

“Whether or not survivors choose to speak up or want to speak up, they should know that they’re not alone and that what happened to them was not their fault,” Bilderback said.