Carbondale Consolidated Election results are in 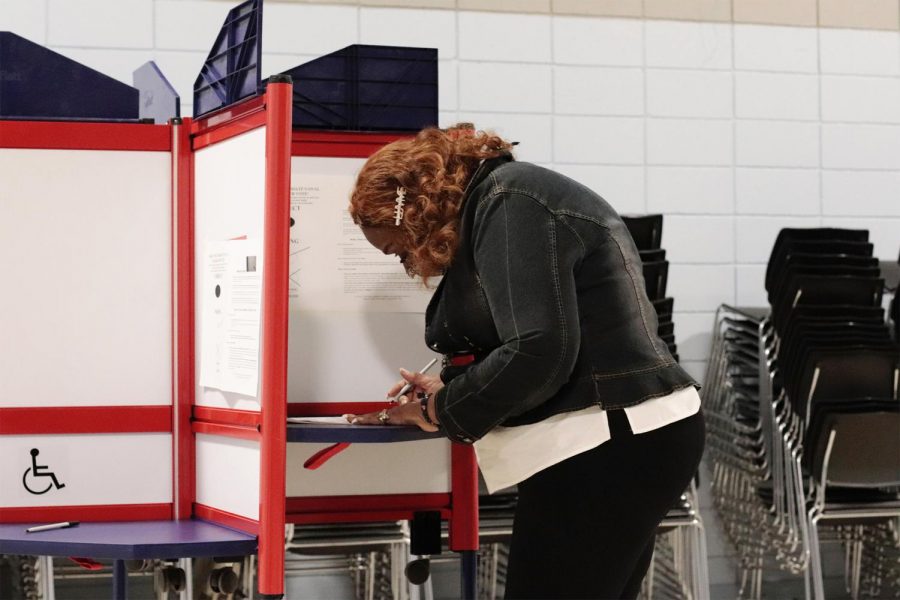 Ginger Rye Sanders, a nominee for city council 2021, casts her vote on April 6, 2021 at the Eurma Hayes Community Center in Carbondale, Ill. "If we don’t realize today that there is power in voting, with all of the voter suppression against people of color, if you don’t know now that it is important then you will never know," Rye-Sanders said.

Editor’s note: this story was corrected on April 7 at 2:20 p.m. to reflect the four candidates who have been elected to the Carbondale Elementary School District 95.

Unofficial results from the consolidated general election April 6 have been reported by the Jackson County Clerk and Recorder’s office.