Women for Change seek to Get Out the Vote 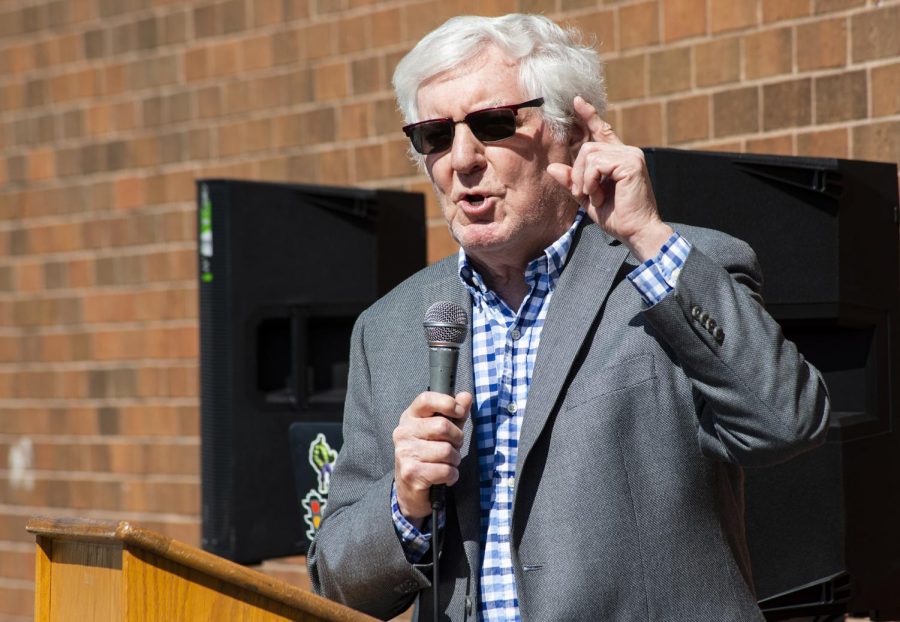 Congressman Glenn Poshard speaks during the Get Out the Vote Rally at the Eurma Hayes Community Center in Carbondale, Ill. April 3, 2021. The rally was held to help raise awareness for the upcoming general election in Carbondale and to encourage people from a low voter turnout area to get to the polls on Tuesday. "It may be a smaller election than a presidential election," Poshard said. "But it's still important!"

With low voter turnout in the municipal primaries and a consolidated general election looming, Women for Change of Carbondale hosted a Get out the Vote rally at the Eurma Hayes Center April 3, with help from Carbondale City Council candidate Ginger Rye Sanders.

The event was held to help encourage people from the Northeast side of town to vote in Tuesday’s election.

“We have received records that in the last election, on this side of there, there were like, 54 votes casted,” Sanders said. “We have elected mayors and city officials with 10% or 11% of the population.”

Congressman Glenn Poshard made an appearance at the podium to give an impassioned speech about his time serving in the senate with John Lewis and Lewis’ fight to make sure all people had the right to vote.

“It may be a smaller election than a presidential election,” Poshard said. “But it’s still important.”

“It should not be few of the people in Carbondale making the decisions on who will be elected,” Sanders said. “What policies that we will have, what ordinances that will be established for us to live by.”

“We’re encouraging the people to be part of the process,” Sanders said. “Be part of the political process because your vote does matter. We should be involved in what’s going on in Carbondale and we should use the voice that has been given to us through the vote, to vote and to be a part of this democratic process that we have here in Carbondale.”