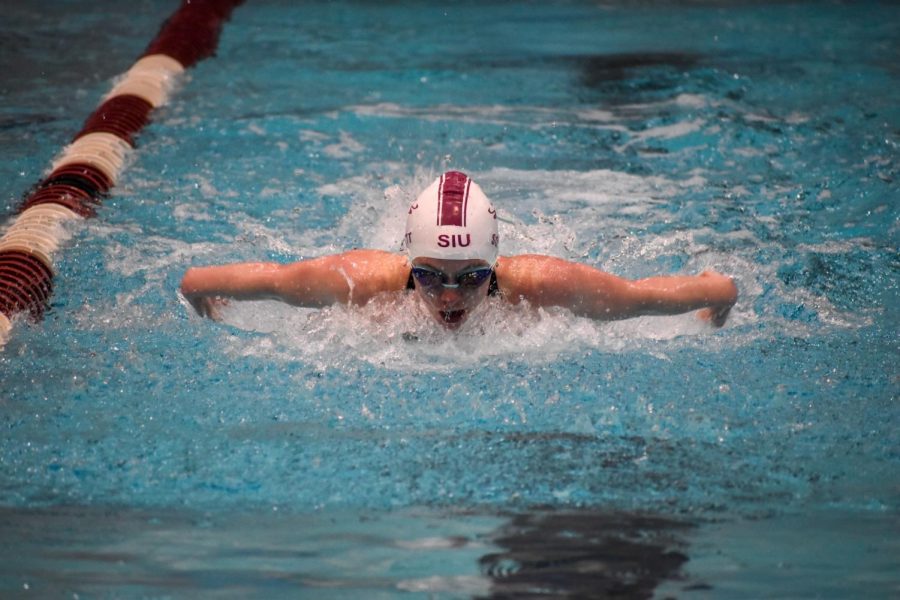 The Saluki men’s and women’s swimming and diving teams took home wins for their senior night on March 19 against the University of Evansville and Illinois State.

In the men’s 100-free final the Salukis took first and third place with junior Zheng Yang Yeap coming in first with a time of 45.77 and freshman Will Chavez finishing in third with the time 46.08. Evansville’s Domenico finished in second place.

The Saluki women also had a good night in the 100-fly final with senior Abigail Young taking first place with a time of 56.09 and freshman Maia Torres finishing third with the time 57.23.

Senior Sierra Forbord broke the school record that was held since 2009, in her individual leg of the 400-freestyle relay with her time of 50.12. While the relay team finished in second place with the time of 3:29.81.

The Salukis next meet will be held on March 26 against Indiana State and Ball State in Terre Haute, Ind. at 1 p.m.