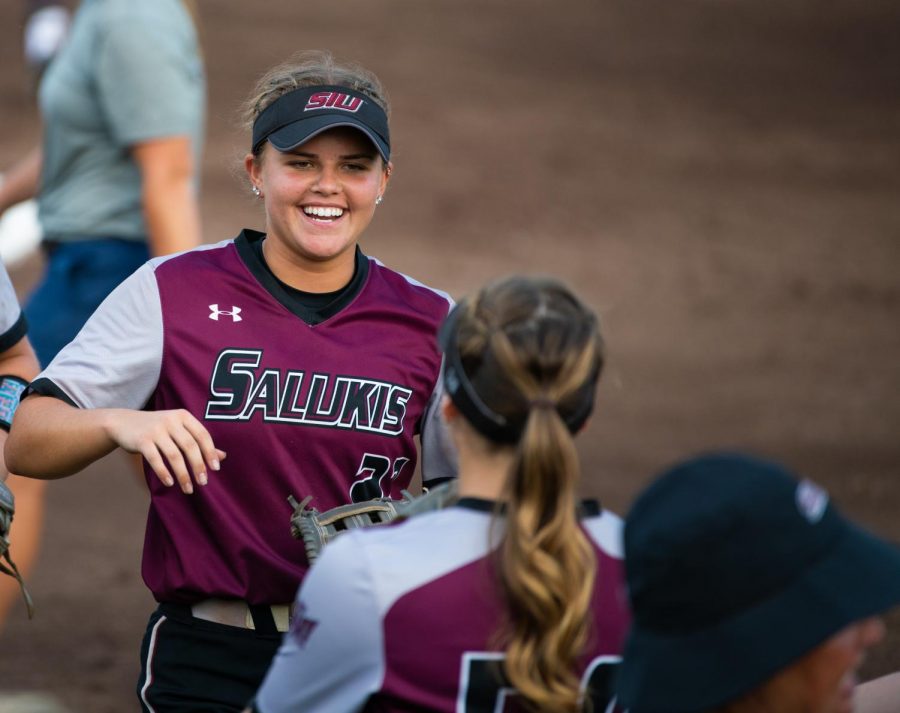 Southern Illinois University softball (18-2) defeated the Southeast Missouri University Redhawks (7-10) on March 16 in Carbondale by a score of 6-2 in their final game before Missouri Valley conference play begins.

The Salukis got off to a strong start in the first inning that helped lead them to the win.

After the bases were loaded with one out, freshman left field Elizabeth Warwick drew a walk to give the Salukis the 1-0 lead.

Then with two outs, freshman first baseman Elisabeth Huckleberry singled home both graduate student catcher Katelyn Massa and senior shortstop Jenny Jansen to get SIU out ahead 3-0 after one inning.

After the Salukis had extended the lead to 4-0, the Redhawks responded. In the third inning, senior shortstop Austine Pauley hit a solo home run to get SEMO on the board.

SIU would get the run right back with a RBI bunt single by freshman right fielder Bailey Caylor that scored junior catcher Danielle Eilers.

The sixth and final run for the Salukis would come in the fourth on a home run from Massa to extend the lead to 6-1.

SEMO earned a run back in the fifth, but wouldn’t get the deficit closer than four runs.

SIU will now look towards MVC play where they will take on Drake this Saturday at 12 p.m. in Carbondale at Charlotte West Stadium.