The Fight Against Black Maternal Mortality: A Conversation with SIU School of Medicine Chair 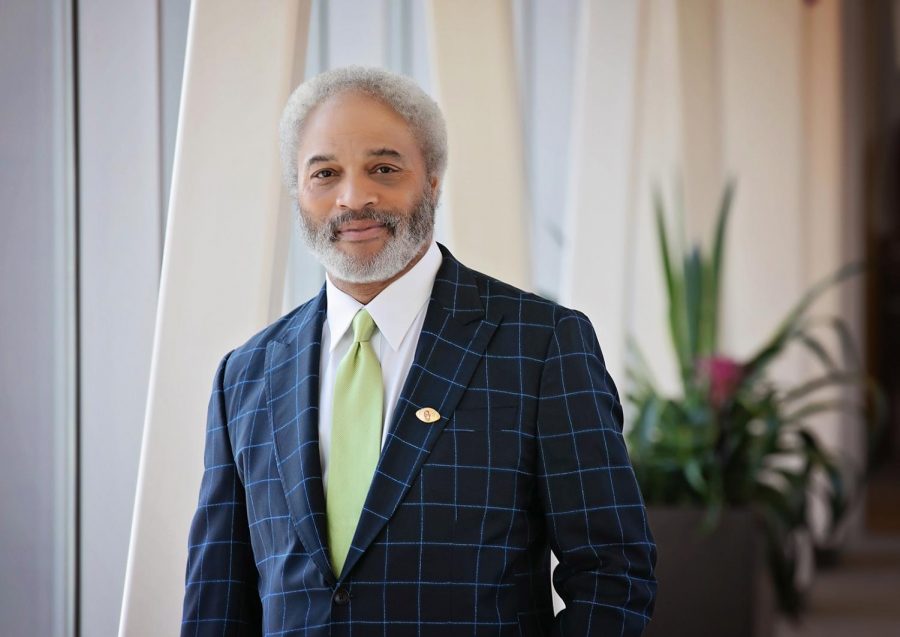 The Black maternal mortality rates in the United States have increased despite the advancements that have been made in the medical field.

According to the 2020 data released by the National Center for Health Statistics, Black women die 2.5 times more often than white women per 100,000 live births.

SIU School of Medicine Chair of the Department of Medicine and professor, Dr. John Flack discussed the causes of this and ways to avoid the preventable deaths of women who face the double jeopardy of gender and racial bias.

Flack listed many causative factors for the spike in these specific maternal mortality rates like the age of the mother, pre-existing health conditions and the discrimination in quality of care allocated to Black women.

“It has to do with things like women coming into pregnancy at the extremes of ages less than twenty [and] over thirty-five, women coming in with more chronic conditions like diabetes, hypertension, and a lot of comorbidity. Mortality around childbirth is related to cardiovascular complications, preeclampsia, hypertension [and] cardiomyopathy,” Flack said.

According to him, there is nothing unique that drives the mortality rate of Black mothers up, but the factors that cause a general spike in maternal mortality rates tend to occur more frequently with and impact Black women more severely.

For example, obesity and hypertension, which are some of the risk factors in Black maternal mortality, are more common in Black women than white women.

Flack said the hospitals in the United States tend to neglect pregnant Black women that takes a toll on their bodies when combined with  the fact that they are already more prone to suffer from many diseases.

Flack said the studies suggest differences in the way OB care is delivered to Black women who are less likely to be induced in their labor and get an episiotomy.

These studies point to the fact that care is not delivered without bias in the OB arena.

“Post birth, Black women are less likely to end up getting postpartum visits in the cure that they need […] It is a cluster of things like diabetes, hypertension, obesity, even underlying cardiovascular diseases, that women are carrying into pregnancy that really increase their risk of complications for both themselves and their babies,” Flack said.

Flack then pointed to the risk factors for obesity and hypertension that manifest themselves early on in an average Black woman’s body.  These women are less likely to be physically active than their white counterparts starting from their late teens and 20s.

“Black women tend to be underemployed [or] unemployed, [they] tend to basically not have the financial means to go in the store and buy a healthy diet, which costs more. So [they] end up eating foods that are high in calories or have high energy density. That, along with physical inactivity and probably the life stresses of being Black, contribute to the development of diabetes, obesity and high blood pressure,’’ Flack said.

According to Flack, the reason for this is because some of the problems are not just patient related, they are related to the hospital systems themselves.

Inadequate healthcare, Flack said, is more common in Black women who are on Medicaid or have no insurance.

As far as solutions to this, Flack suggested a system of care with surveillance in the hospitals to detect warning signs early in pregnancy, post- pregnancy and in- between two pregnancies. Such a timely identification of risk factors can enable medical experts to appropriately treat them with both lifestyle modifications, diet and appropriate drug therapy.

Flack also recommended universal standardization of quality of care for women by players in health systems.

According to Flack, educating and training physicians and healthcare workers on the roles implicit bias and structural racism in medicine would also help promote successful diversity initiatives and more equitable patient treatment.

The pandemic has also presented another hill to climb for Black women with limited resources as some may not have the means to access virtual healthcare.

“My sense is that it’s likely to [impact Black communities and poor areas], in part because in the pandemic, a lot of the visits have moved from in-person to remote visits through tele-health, which means you need access the smartphone, calendar and computer,” Flack said. “So, I’m very suspicious that the COVID-19 pandemic is exacerbating some things that are currently wrong with our system of healthcare delivery.”

The US healthcare system must be revamped to make provisions for Black women and other minorities if the goal of universal access to healthcare is to be achieved.

This has to be complemented with structural equity and equal access to socio-economic opportunities and employment for Black women to rectify the current situation.

“That is another issue that certainly leaders like myself need to pay attention to,” Flack said.

Staff reporter Diksha Mittal can be reached at [email protected].