Salukis lose to Sycamores on goal in 85th minute 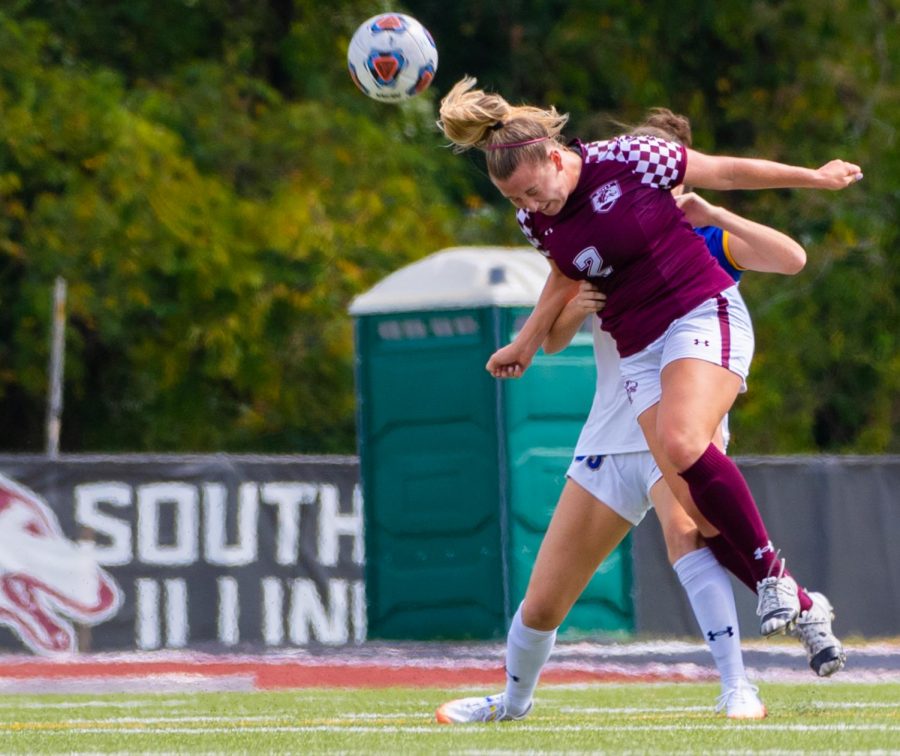 Saluki freshman Madison Bennion heads the ball on Sunday, Sept. 15, 2019 during the Salukis' 2-1 win in overtime against the Morehead State Eagles at the Lew Hartzog Track & Field Complex.

Southern Illinois women’s soccer (0-2-1) fell to the Indiana State Sycamores (2-1) 1-0 on a goal in the final minutes of the match.

After a back and forth game that saw both teams with many solid chances on goal, Sycamores sophomore midfielder CeCe Wahlberg was able to get a look on goal and curve it around the Salukis’ sophomore goalkeeper Maddy Alaluf at the 85:00 minute mark.

Early in the match, both teams saw chances on goal, including a Saluki shot on goal in the fourth minute by sophomore forward Madison Meiring, which was saved by Sycamore freshman goalkeeper Maddie Alexander.

Indiana State got the last five shots on goal of the first half but weren’t able to get one past Alaluf.

After the Sycamores scored to take a 1-0 lead late in the game, the Salukis got a shot on goal from Kaitlin DuCharme, but she couldn’t score the goal as Indiana State held on for the 1-0 win.

SIU will look to bounce back and get their first win on March 9 when they host the Evansville Aces. Kickoff is at 7 p.m.