At a crossroads: Addressing racism in the Catholic church 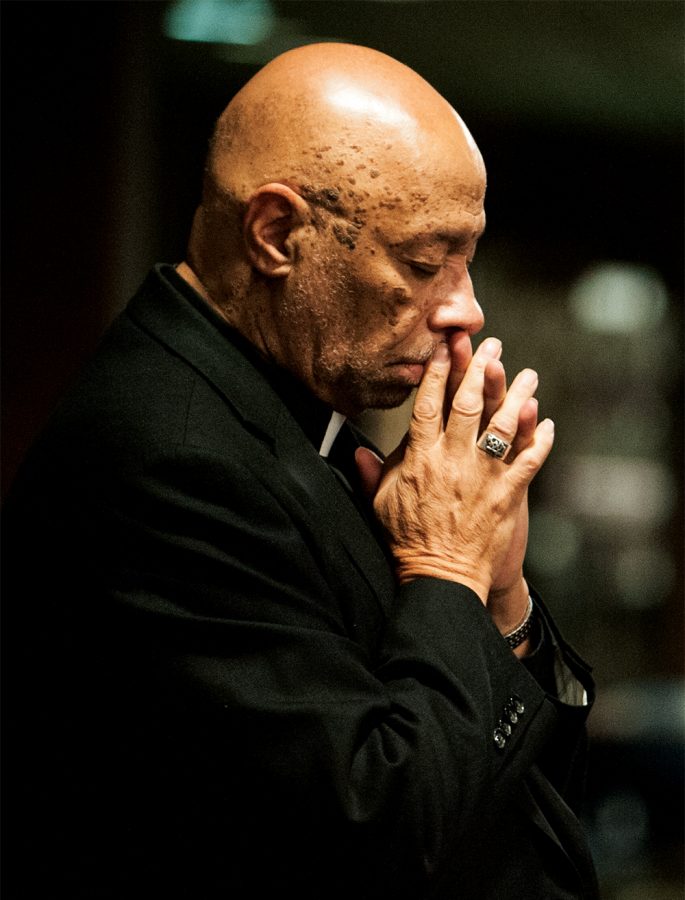 Catholicism is the largest organized religion in the world as well as the 5th most diverse religion in the United States, however prior to the civil rights era, Black and White Catholics were largely segregated around the country, having to attend separate masses in separate buildings.

“In my seventy plus years as a Catholic, I have seen major changes,” Father Joseph Brown, an ordained Roman Catholic Priest and professor of African Studies at Southern Illinois University said.

Brown was a witness to the evolution of the church in the United States.

Today roughly 3% of America’s 51 million Catholics are Black according to a Pew Research Study conducted in 2015.

“When I was a small child the Bishop of the southern Illinois region was known as one of the worst racists in the church,” Brown said. “He kept all of the Catholic institutions, schools, hospitals, and parishes, completely segregated.”

Spurred on by the Great Migration, and missionaries from large, predominantly Catholic cities like Chicago, Catholicism grew in Black communities between the 1940s and 1970s.

See more: (There are more Black Catholics in the U.S. than members of the A.M.E. Church)

Today the church decries racism, labeling discrimination on the basis of race a sin, however some within the faith still feel more can and should be done.

Founded in 1986, Crossroads has worked with a number of Catholic parishes, one of the most committed being the Sacred Heart Convent of the Dominican Sisters of Springfield Illinois.

In 2004 Sacred Heart began tackling the issue of race within its own institutions.

Sister Marcelline Koch, director of the Office For Justice and Anti-Racism Team and Sister Beth Murphy, communications director for the Dominican Sisters, are outspoken in their thoughts on politics and race.

“The injustices in our country have a long arc backwards,” Koch said. “We have to join together to make that better for all people.”

Sisters Koch and Murphy talked about their support of the Black Lives Matter movement comparing it to the anti-racism work being done within the church.

“Black lives have been overlooked in terms of mattering so you have to call attention to it,” Koch said.

“What we can see we can heal,” Murphy said. “For a long time the fact that we had a very racist nation was under the table, it was invisible to most white people, although not to people of color, so what is happening recently is no longer invisible to us.”

Not everyone in the Catholic church has taken the same steps as the Dominican Sisters, Murphy explained the challenges that their congregation faced and the steps Crossroads was taking.

“[Crossroads] told us it would be a twenty to forty year process to dismantle racism, within our own institutions, we are 16 years into it,” Murphy said.

Following the civil rights movements of the middle 20th century, the Catholic church would take a more active role attempting to reconcile its own shortcomings on the topic of race.

“The Bishop in Bellville, Illinois and then the Archbishop in Atlanta, has now become the first African-American Cardinal in Washington, DC, which is popularly realized to be the highest ranking position in the Roman Catholic church in the United States,” Brown said, recognizing how far some institutions have progressed in his life.