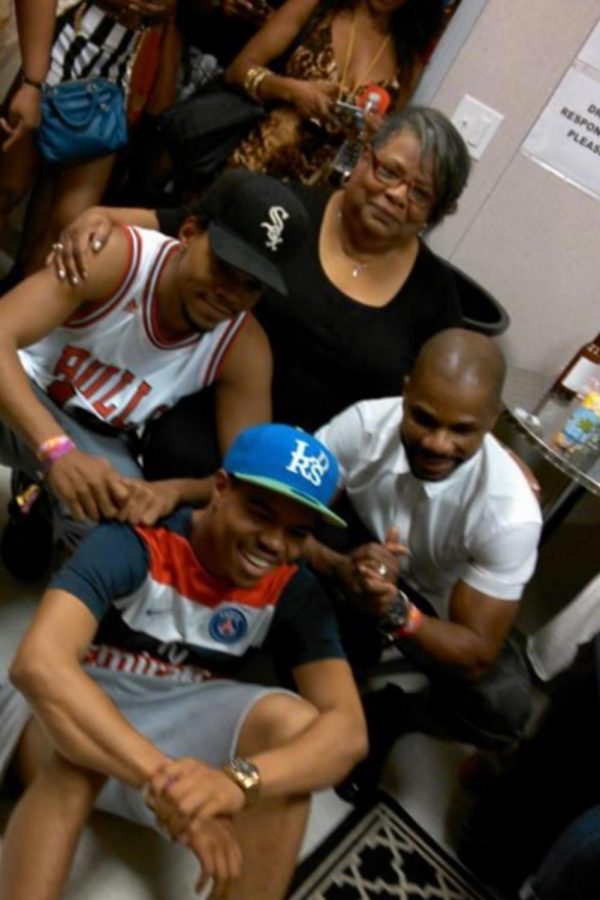 Jann Bennett is a Chicago-based activist who marched alongside Dr. Martin Luther King Jr. and boycotted with Rev. Willie Barrow at the A&P grocery stores in Chicago. But, Bennett says she’s a mother, a grandmother and a great-grandmother first.

She takes pride in her life’s work and her family’s accomplishments. When she’s not giving back to her community, she spends time with her family and she finds new ways to connect with more people around her community.

“The lord blessed me with four children and I was able to raise them into adulthood, and to see that they’d given back to the community, the church, and the neighborhood. One of my greatest accomplishments is the relationship I developed throughout the years with the young people in the community and in the church,” Bennett said.

Bennett was born and raised in Chicago, and she still resides there. She’s now in her 70’s and she has touched the lives of many individuals. Some of greatest accomplishments include working for Harold Washington, Chicago’s first Black mayor, registering Black members of her community to vote and coordinating programs at her church for the youth.

“I worked for Harold Washington as one of his volunteers, and that was extremely exhilarating and I loved it. My children worked for him in his office and we made a difference, and during that period we felt like he was a knight in shining armor. We worked with the public, we went out and did calling, and we registered people. He was just a kind and highly intelligent man,” Bennett said.

Working with Dr. Martin Luther King Jr. and other influential figures was an honor that Bennett experienced during the Civil Rights movement in 1966.

“We marched with Dr. King when he came up to the city. We also boycotted with Rev. Willie Barrow, Addie L. Wyatt, and Claude Wyatt. They were on his team, and we were able to volunteer and work with them,” Bennett said.

The city of Chicago was also segregated like other parts of the country, and what occurred in the city wasn’t talked about as often, she said.

“I believe that many people have made a terrible mistake or error, because what they’ve done is not tell the story about what was happening here. This should be a part of our doctrine of us sharing with the world and our families what was taking place back then,” Bennett said.

One particular incident has stuck with Bennett throughout her life. She remembers a time in Chicago when Black people couldn’t go to certain areas of the city without being attacked in the 1950’s.

“One of our neighbors was the milkman, and they had a small riot over on West, and he got caught up in it. They were beating the Black people that they caught in their so-called areas, and he hid under a porch all night until he was able to come back over into our community,” Bennett said. “And I remember seeing the police going up and down the streets because they said that they didn’t want the caucasians to come over into our areas, and cause us any harm.”

“I went to Calumet High School, and when I was there, there were 12 of us. We had to deal with violence, I remember one day we walked out of school on 81st and May Street, all four corners and the middle of the street was packed with the students from Calumet waiting on us,” Bennett said. “So we went back in and called our parents and we talked to the administrators, and finally they had the police come over and they escorted us home.”

Making sure that Black members of the community were registered to vote, and becoming a mentor for youth and adult programs was a way to make a difference in the Black community, she said.

“I was teaching church school with the teenagers and we visited the sick, and folks that were shut in. We prepared baskets and other things for them, I also had them participate in community activities and they worked for Harold Washington and other people that I’ve worked for.

“There are community organizations we need to get involved with. We see people hungry, we need to see that they have what they need and we all have something that we can either do, or give because one doesn’t have it. We need to encourage our young people, and we need to get out there and get involved,” Bennett said.