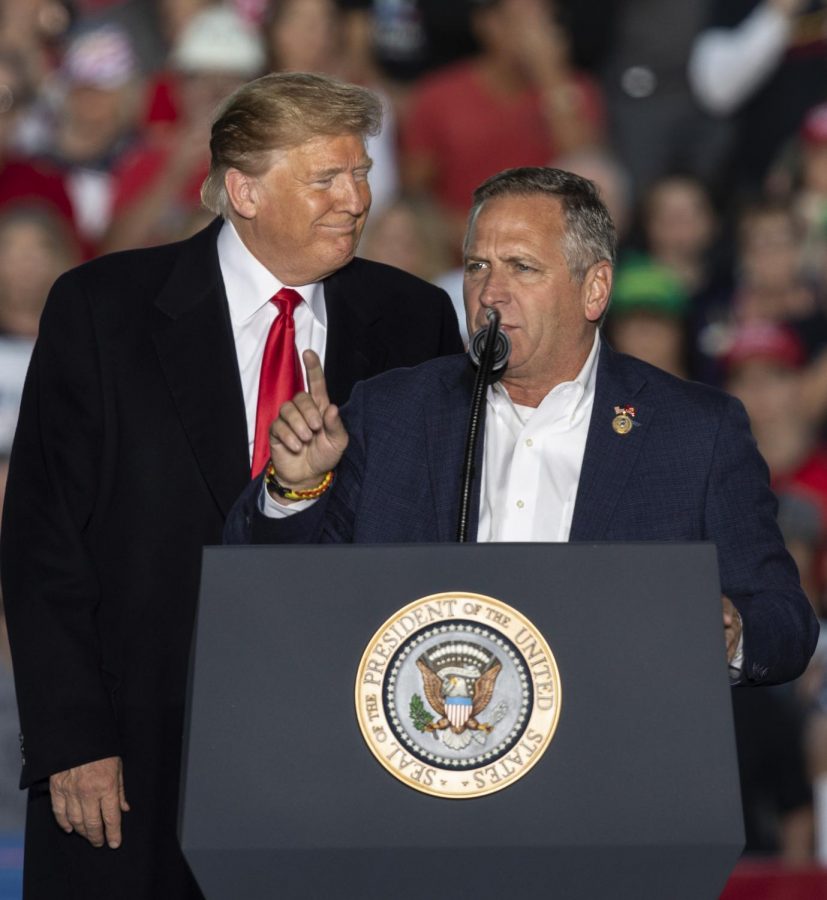 Republican Rep. Mike Bost (IL-12) continues to defend President Trump and refused to be interviewed about links between Trump’s false election fraud claims and the riots at the Capitol on Jan. 6.

Last week, the Daily Egyptian reported contacting Bost over a dozen times, but he declined to comment or answer additional questions regarding his decision not to certify the electoral college votes of Arizona or Pennsylvania, or his decision to vote against impeaching Trump.

Eventually his press secretary said he would be willing to answer questions only in writing. The questions and his answers are below:

“On Wednesday, I had gone back to my office after votes and was watching the debates on the House Floor on my television. Around 1:00pm I stepped outside to see what was happening across the street at the Capitol.

All of a sudden, I overheard Capitol Police officers shouting about needing reinforcements over a nearby officer’s radio followed by what sounded like a riot grenade. My staff and I went back into our office and stayed there until the Capitol police gave us an all clear to leave. Once it was safe, members returned to the House floor to carry out our constitutional duty of certifying electoral college votes.

The Constitution is very clear: state legislatures set the rules for states in conducting their elections. However, in both Pennsylvania and Arizona, election laws were changed by entities that were not their state legislators.

I voted to object to the electoral votes of both of these states not because of claims of fraud – that is something that is decided by the states and the courts and not Congress – but because, in my belief, they failed to meet that constitutional standard. This was also why I signed the Texas amicus brief.

What happened at the Capitol last Wednesday was unacceptable and un-American and those that broke into and ransacked the Capitol will be held accountable for their actions.

In order to truly heal our nation, we need to turn down the temperature and tone down the rhetoric. The Electoral College votes have been certified and we will have a new president sworn in on January 20th.

Both President Trump and congressional leaders are committed to a peaceful transfer of power next week, and we must continue working to ensure that the transition is as smooth as possible.”

A petition to recall Bost from office had 2,224 signatures as of publication.