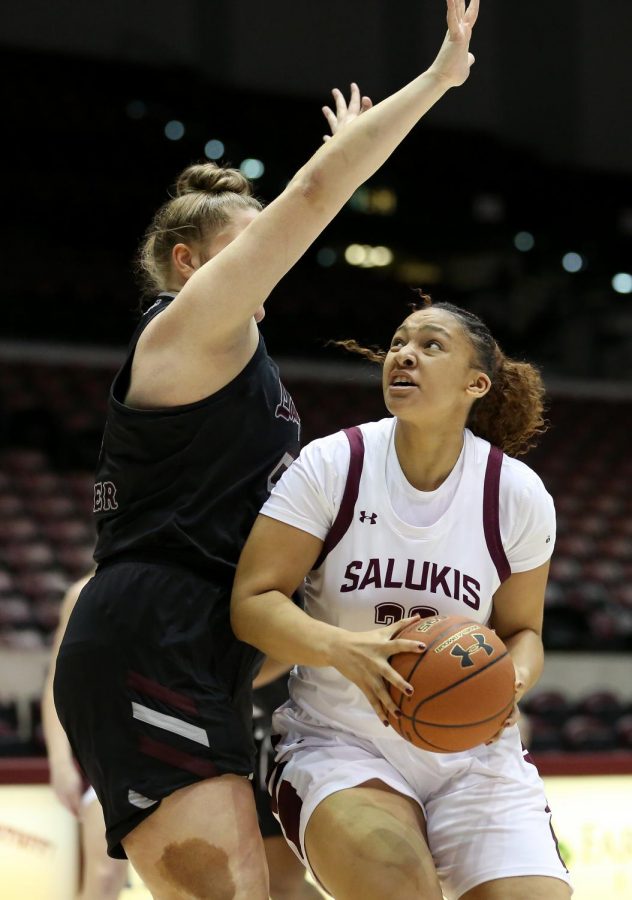 The SIU women’s basketball team fell to the University of Missouri Tigers in a 36-point loss on Dec. 20 at the Mizzou Arena.

Southern was able to cut the Tiger lead down at the end of the half, but Mizzou pulled away in the third quarter to take the win.

The Tigers lengthened their lead late in the first quarter with a 10-point run with scoring from Dickson, redshirt junior forward Ladazhia Williams and redshirt junior guard Haley Troup making the score 17-6.

The Salukis ended the run with a basket from freshman guard Quierra Love.

SIU fought to decrease Mizzou’s lead with a layup and two free throws from Walker ending the first quarter with the score 21-12.

Southern started the second quarter with a quick layup from Silvey, followed by a five-point run by the Tigers.

The Salukis cut Mizzou’s lead down with a six-point run with layups from Walker and Katcher making the score 26-20.

Mizzou went on a six-point run of their own late in the second quarter with a basket from Williams and layups from freshman guard Mama Dembele and Dickson.

The run continued with a basket from sophomore guard Lauren Hansen and a layup from Dickson making the score 36-20.

The half ended with two free throws from Southern senior forward Abby Brockmeyer followed by a 3-pointer from Mizzou’s Hansen ending with Mizzou in the lead, 39-22.

Walker led the Salukis in scoring at the half with eight points and Frank and Dickson led for the Tigers with nine points each.

After a 3-point play from Walker, Mizzou started the third quarter with a nine-point run with scoring from Frank, sophomore guard Aijha Blackwell and Dickson bringing the score to 50-25.

SIU ended the Tiger’s run with a 3-pointer from junior guard Caitlin Link.

The third quarter with a 12-point Tiger run with scoring from Hansen, Dickson and redshirt senior forward Shannon Dufficy making the score 62-28.

Mizzou continued the run early into the fourth quarter with two free throws from Blackwell and a layup from Troup.

The Salukis ended the run with two layups from Brockmeyer bringing the score to 32-66.

The Tigers lengthened their lead to 39 points late in the fourth quarter with scoring from Dickson, senior guard Nadia Green and freshman center Jayla Kelly making the score 76-37.

SIU scored periodically throughout the fourth quarter, but Missouri’s lead was too large and the Tigers came out with the 79-43 win.

The Salukis will take the court again on Dec. 22 against the University of Illinois at the State Farm Center.