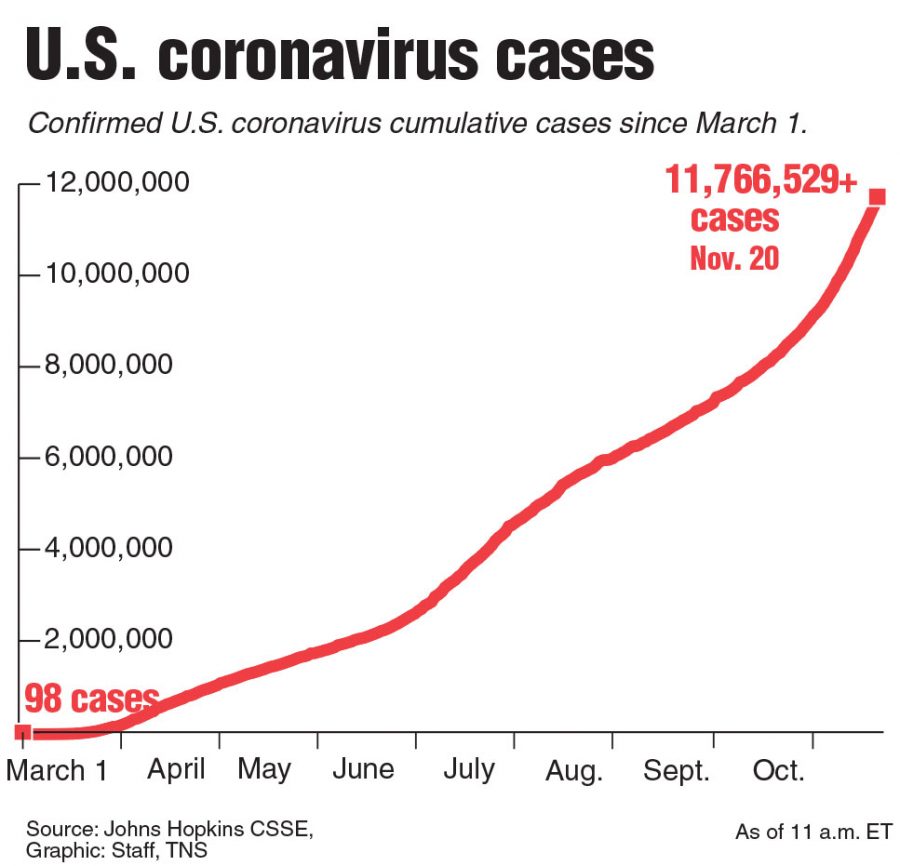 More than 12 million people in the U.S. have now been infected with coronavirus.

The virus has spread rapidly in recent weeks, as the country hit 10 million cases Nov. 9 and the 11 million mark Nov. 15. More than 255,000 people in the U.S. have died from COVID-19, according to data from Johns Hopkins University.

The U.S. has recorded more cases and deaths than any other country.

The 10 days with the most reported cases, both in the U.S. and worldwide, have all come in November. Because of the surge, the Centers for Disease Control and Prevention has told Americans not to travel during the upcoming Thanksgiving holiday.