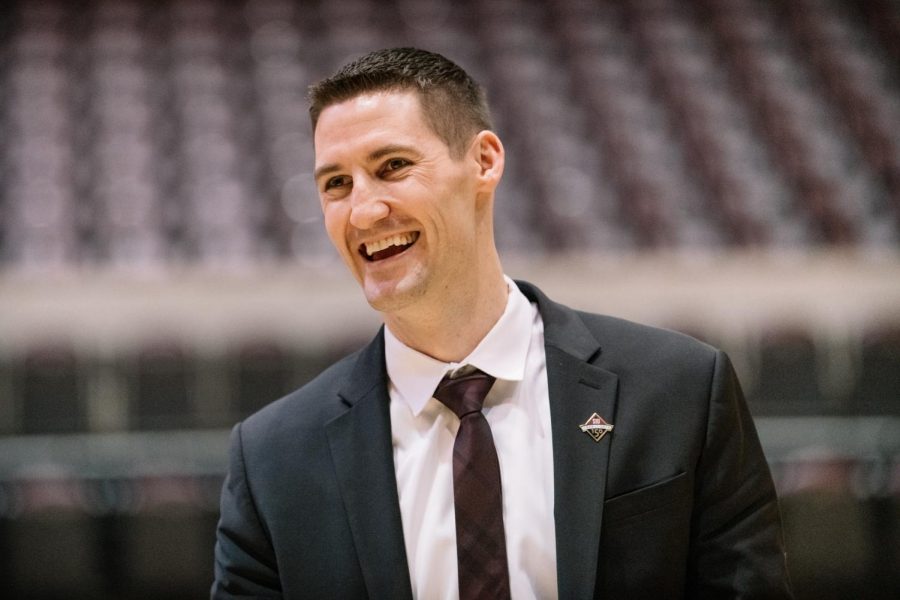 SIU men’s basketball activities have been paused and the team will no longer compete in the Wade Houston Tip Off Classic in Louisville due to positive COVID-19 tests within the program.

“I’m disappointed for our guys, they’ve done everything right over the last four months and they’ve sacrificed a lot,” Mullins said. “We have diligently followed the safety protocols established by our administration and local health officials, but as we’ve seen throughout the country, COVID cases can and will arise,” Mullins said.

Mullins confirmed there have been multiple positive tests.

“We had multiple positive tests this past week, before that for four months we only had one positive test in the program,” Mullins said.

The players were disappointed but he thinks they will bounce back, Mullins said.

“They’re disappointed they can’t go to Louisville. They are disappointed that they didn’t get to play Louisville the first game, but I think they’re excited for the season and can’t wait to get back on the practice court. I think they understand that there’s gonna be ups and downs this year and obstacles they can’t control. How they respond to those events are gonna determine what kind of team they are,” Mullins said.

The Salukis are scheduled to begin the season on Dec. 2 at SEMO. Other confirmed non-conference games include home dates versus Southern Miss (Dec. 5), Murray State (Dec. 11) and Nicholls State (Dec. 23). More dates will be added, Mullins said.

Mullins said the team may reevaluate their schedule and if they will be ready by Dec. 2 and need to be sure their players are ready to go.

“We will resume preparation for the season as soon as our medical professionals deem it is safe to do,” Mullins said. “Our guys can’t wait, I know it’s been a long six to seven months for all college basketball student athletes.”

The team will need to find other opponents to play those  missed games from the Louisville Multi-Team Event and Mullins said he thinks the team may look to join another MTE in December to make up for the missed games.

Mullins said the team isn’t playing at Louisville because they don’t want to rush back without any practice for two weeks.

Mullins said the team will be meeting via Zoom during the pause and won’t look towards the SEMO game until the team is healthy again.

Under the current guidelines by Illinois no fans would be allowed at home games when the season starts.