Will the race change? A breakdown of post-election concepts and their effects 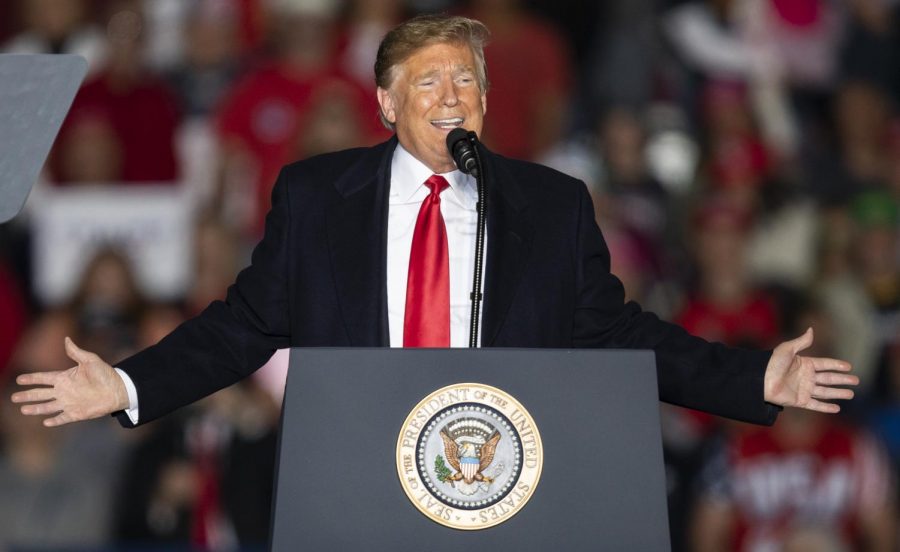 The Associated Press declared Joe Biden the winner of the 2020 presidential race on Nov. 7, with Pennsylvania’s 20 electoral votes giving Biden the victory in that state and of the entire race.

President Donald Trump has refused to concede the election, insisting with a Twitter post on Nov. 10 that read, “WE WILL WIN!”

But is there a way where the president can win? The Daily Egyptian looks at three different political concepts that pundits have been talking about: faithless electors, mail-in voting and recounts and how they could impact the election.

Technically, no one has voted on the general state presidential election. The electoral college votes on the president based on the results of each state election and will vote on the President on Dec. 14.

Electors are picked by the state party to vote but can vote against their party’s wishes.

Certain states have some laws removing and replacing electors if they choose to be faithless. A ruling upheld by the Supreme Court this year in Chifalo v. Washington.

Viriginia Tilley, an SIU political science professor, said while the Electoral College was designed for electors to debate choosing the best candidate, in modern-day times, the voting is usually representative of the general vote as citizens are more informed.

“Their function is purely performative,” Tilley said. “They come to the electoral college to report the vote, not to deliberate.”

In 2016, seven electors were faithless and voted for candidates other than ones they were obligated to vote. Three electors, also in 2016, tried to vote faithless but were replaced by the state. This did not change the election result.

According to many election experts, there is no evidence of widespread election fraud for any style of voting, in-person or mail-in, in the presidential election.

“I think he’s raised this issue frankly just as a tactical ploy to complicate things,” John Shaw, director of the Paul Simon Public Policy Institute, said in an interview before the election.

Shelia Simon, an SIU law professor specializing in state laws, said she knows first hand as an election judge for the 2020 election there’s many bipartisan checks in place to prevent voter fraud.

“Almost all of these processes have the inclusion of a Democrat and a Republican in the same room in the same place to see the same thing,” Simon said. “The whole way through, there’s protections built in, in just about every state.”

President Trump voted by mail in 2016.

“I think he knows that likely the bulk of the mail-in votes would be likely be Democrats, who will likely support his opponent,” Shaw said.

Several states may go through recounts of ballots.

Like electoral voters, protocols for the recounts are decided by each state. Some states have automatic recounts when there is a close margin.

The Secretaries of State in Georgia and Wisconsin have already issued a recount of votes because of close races.

Simon said recounts find ballots for both sides to an election.

“Sometimes recounts find more votes, but they’re more votes that reinforce the person who was ahead, stays ahead,” Simon said. “I can’t think of too many times, when a recount resulted in a changed result.”

Faith in the election

President Trump has elevated claims questioning the result of the elections. On Twitter, he has made over 30 tweets and retweets, which have been flagged by the platform for false or misleading information about the election.

Tilley said the division casted on the election process has separated the country.