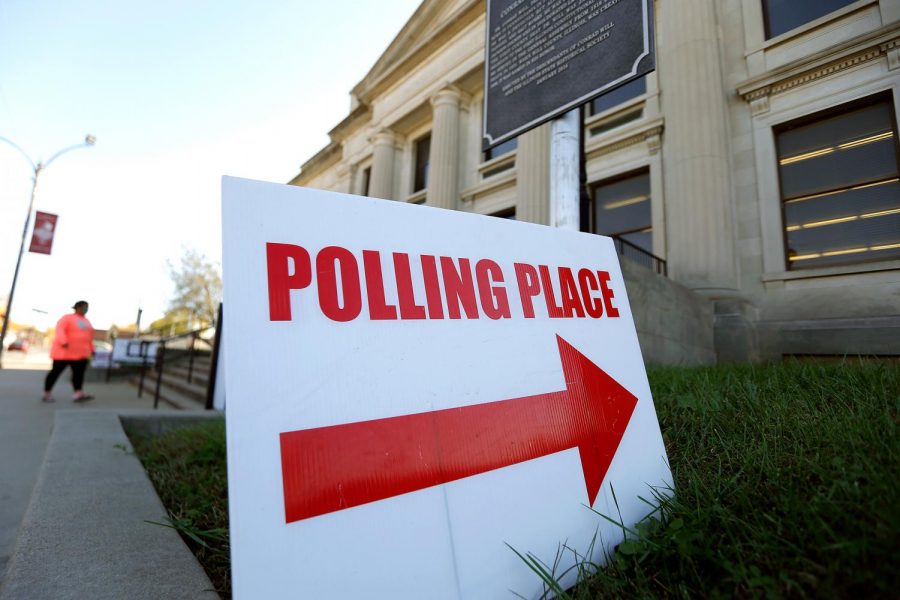 By Jennifer Haberkorn and Evan Halper

(TNS) — The nation awoke to uncertainty Wednesday, as Joe Biden captured a slim lead in Michigan and began slowly closing the gap with President Trump in other key battlegrounds as election officials warned it could be days before the outcome of the presidential race is clear.

As the vote count resumes under the specter of an exhausting legal brawl, the fate of the election rests on a couple million uncounted ballots in a handful of states including Nevada, Pennsylvania, Michigan, Wisconsin and Georgia.

Hours after Trump tried to declare victory in the early morning by falsely claiming that he had built an insurmountable lead, the slow counting of mail votes and in-person ballots in Democratic Party strongholds showed the race in those places is very much a toss-up.

Michigan and Wisconsin officials expressed confidence that most of their count would be completed Wednesday, but in other states, including the key battleground of Pennsylvania, the tallying could stretch on for days.

In Michigan, Biden captured a slim lead of approximately 10,000 votes as tallies were updated from the state’s major metropolitan areas, which were believed to lean Democratic. Election officials said hundreds of thousands of outstanding ballots from the state’s largest cities would likely be reported by the end of the day.

Wisconsin was another toss-up, with Biden amassing a lead of 20,000 votes by early morning and state Democratic Party leaders expressing optimism the lead would only grow.

Pennsylvania also hung in the balance, with the 700,000-vote lead Trump amassed when he tried to claim victory threatened by the 1.4 million mail-in ballots that had yet to be counted. More than 270,000 of them are from Philadelphia, which is expected to heavily favor Biden.

Pennsylvania officials have said they expect most votes to be counted by the end of the week. Elections analysts see strong potential for Biden to eke out a win in the state.

Even as Trump defied the polls and crushed Democratic hopes of a commanding blue wave victory with his strong election night performance, Biden still has more paths to win the race after emerging victorious early this morning in Arizona, a state Trump won in 2016.

The Democrat can still afford to lose Pennsylvania and Georgia — another state that was down to the wire Wednesday morning — and win the race. In that scenario, Biden would need to notch wins in Michigan and Wisconsin, and hold onto Nevada.

Nevada is another state where the uncounted votes lean heavily Democratic, leaving the Biden campaign confident it will prevail there. Nevada is currently not planning to release any further updates of its numbers until the vote count is completed Thursday morning.

While Trump has a narrow lead in Georgia, several major Democratic countries have not yet finished counting. Only half the votes in Dougherty County, a Democratic stronghold in 2016, have been tallied.

As election officials proceed with the long, slow slog of vote counting, the Trump campaign continued to make false claims about the validity of votes counted. Trump has tried to assert that votes counted after election day — a common practice — are more subject to fraud.

The president has offered no evidence to back this claim. But his campaign has been sending out a stream of alerts to supporters through the morning, alleging that Democrats are trying to steal the election from Trump.

“Despite the numbers that are very obviously in favor of YOUR President, THE DEMOCRATS WILL TRY TO STEAL THIS ELECTION!,” said one such note signed by Trump. “Just like I predicted from the start, mail-in ballots are leading to CHAOS like you’ve never seen, plain and simple!”

The efforts by Trump to undermine faith in the elections process are unprecedented for a sitting president, and are leading to discomfort inside his own party.

Another prominent Republican aligned with Trump, former Pennsylvania Sen. Rick Santorum, said on CNN he was “distressed by what I just heard the president say. … The idea of using the word ‘fraud’ being committed by people counting votes is wrong.”

Biden’s campaign manager called Trump’s comments at the White House statement “a naked effort to take away the democratic rights of American citizens.”

“The president’s statement tonight about trying to shut down the counting of duly cast ballots was outrageous, unprecedented, and incorrect,” Jen O’Malley Dillon said in a statement.

Even if Biden is able to capture the White House, it is far from certain he will have a Democratic Senate to help advance his agenda. Democrats’ expectations of capturing the Senate and padding their majority in the House have been largely dashed. The results are likely to lead to deep questions for Democratic leadership in both chambers.

As of Wednesday morning, the Senate tally sat at 47-47 with six races still to be called: Alaska, Maine, North Carolina and Michigan. One race in Georgia is already headed to a special election in January, and Republican Sen. David Perdue is hoping to fend off a second one in the state.

In the House, with several races still too close to be called, Democrats are expected to retain their majority. But their caucus will be much slimmer and will not include several of the most conservative Democrats, who were unable to fend off Republican challengers in seats where Trump is popular such as Oklahoma, Florida, South Carolina and New Mexico.