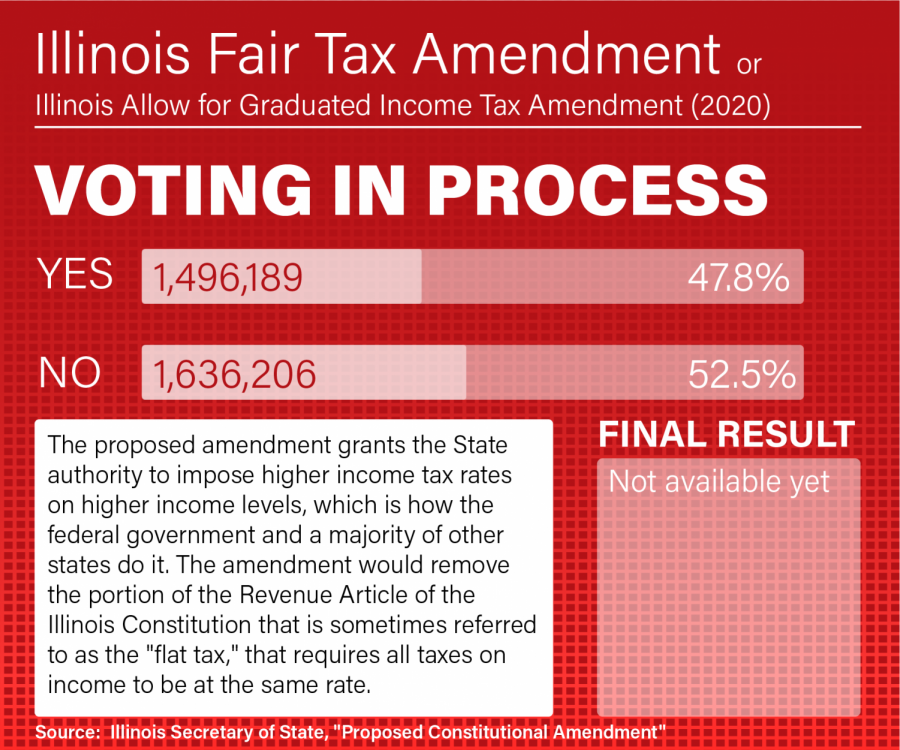 As of 11:25 p.m., there has not been an official call made on the results of the Graduated Income Tax Amendment.

The fate of the amendment may not be known for several days as early votes and mail-in ballots are counted.

“The constitutional amendment question that is on the ballot, we may not know whether that passed or failed until we see a significant portion of that undelivered vote by mail vote come in the days after the election so that will be unusual as well,” Matt Dietrich, spokesman for the Illinois Board of Elections said on Nov. 3.

The state has until Dec. 4 to certify election results.

The amendment was passed through both chambers down straight party lines. The bill passed the house on May 30 and the senate on May 31. Sixty percent of the vote was required in both houses to get the amendment on the ballot.

The amendment needed 50% plus one of all the voters in the election or 60% of voters on the amendment itself to pass.