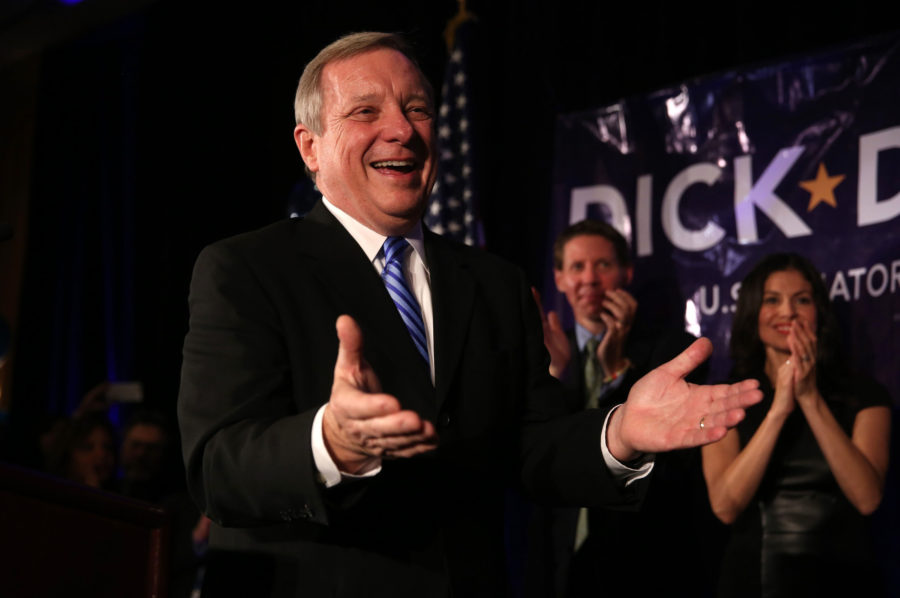 These results do not include many mail in ballots.

Durbin defeated challenger, Republican Mark Curran who worked for Lake County as sheriff and senior prosecutor, but until recently had not run for public office.

Durbin has served in the U.S. Senate for 23 years, this election marks Durbin’s fifth successful victory for the seat.

Durbin is a member of the Senate Committee on Appropriations, Judiciary, Rules and Administration, and Agriculture Nutrition and Forestry.

Durbin, in his term as senator, has voted primarily in the interests of the Democratic party and over two decades of experience make Durbin one of the most experienced senators in Washington.

Senator Durbin, in an election day Zoom call, said he felt great about several news outlets calling the election in his favor, but acknowledged that not all votes have been counted.

“My first priority is going to start next week, we need to pass the COVID-19 relief bill and do it quickly and on a bipartisan basis,” Durbin said.