Carbondale community speaks on the issues driving them to the polls 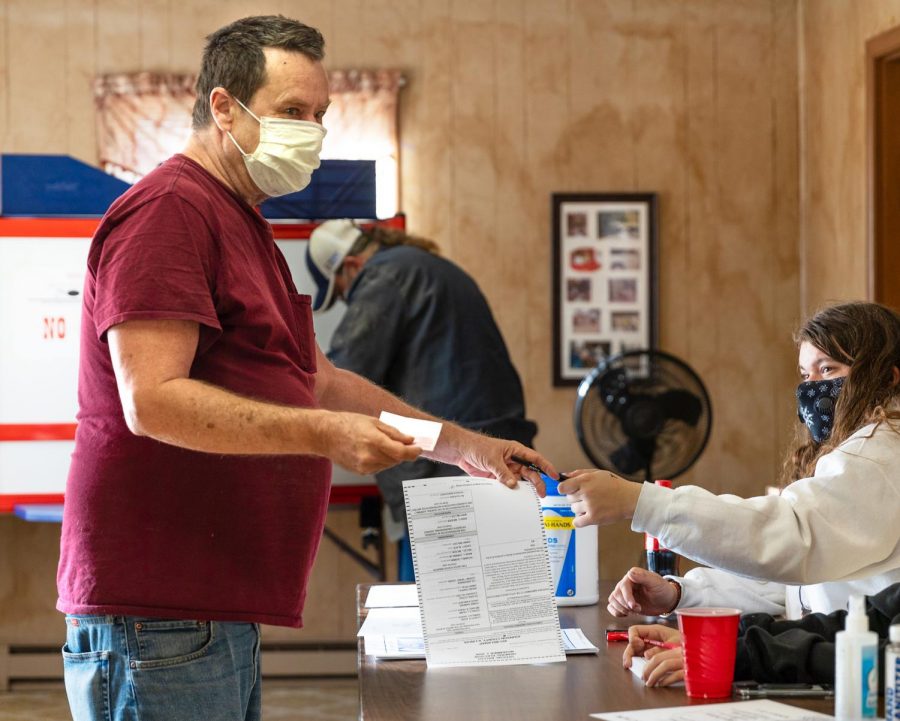 Carbondale community members said the biggest political issues driving them to the polls are police brutality, racism, COVID-19 and the economy.

Kiana Stalling, a resident of Carbondale and Home Healthcare worker, went to the civic center today with her 18-year-old son so both of them could exercise their right to vote.

Stalling said her biggest issue with the nation is police brutality and having someone in office who cares about the American people.

“I have yet to run into police officers that are like that, my son hasn’t either, but it is an issue and it does exist,” Stalling said. “So I want police to be ok with everybody, not just our people but they need to act like they got some sense with everybody.”

Stalling said racism can’t be fixed, but discrimination against certain groups of people needs to be worked on.

“There can be groups and things put into place to keep people from being treated unfairly just solely based on the fact that you don’t like them,” Staling said.

The color of people’s skin, their sexuality and what they identify as shouldn’t determine how you treat them, Stalling said.

Stalling isn’t the only one who feels racism is a big issue. SIU senior Meranda McCubbins who voted for Vice President Joe Biden has seen racial inequality in the community firsthand at her job as a server at Chilies.

McCubbins said she wants to see a change racially with all the protest going on and voting will help get change for things like that to come about.

Other people are more worried about economic issues that have been a big topic during this election. SIU students George Zaper and Jacob Pennell do not agree with the fair tax.

“I believe that if I make a dollar whether I’m in that- I assume I’ll be in that lower tax bracket compared to the millionaires and billionaires,” Zaper said. “I think that If I make a dollar and they take a nickel from me that someone just because they make more money they shouldn’t get more of their money taken away.”

Pennell agreed with Zaper giving the example saying if someone makes $400,000 versus $40,000 the rate at which they should be taxed should not be different.

Both Zaper and Pennell believe in improving police training.

Pennell doesn’t agree with the view of defunding the police but said they should receive more funding.

“I agree with more funding just because if you can teach them the skills of a social worker that could cut back on having both of them go,” Pennell said. “I think that they need to be trained a lot and a lot carefully and maybe that way we can hopefully cut down on all this stuff you see in the news about that.”

Both Pennell and Zaper said they hope  there won’t be a lot of damage done after the election and both want to see America become better whether that’s with President Trump or Vice President Biden.

Ralph Abalo works for SIH and is from the nation of Togo in West Africa. This is his second time voting and said that he did his homework on the candidate before he came to vote.

“If there was someone on the ballot today says student loan forgiveness, that’s what I would vote for,” Abalo said. “That wasn’t there so there’s COVID-19, there’s a lot of politics- how we’re supposed to treat each other in the country, how we’re supposed to respect each other, how we handle major issues like COVID-19, national security, and a lot of things so I did my homework very well before I came to vote.”

Abalo said it’s important to just try to work with whoever is elected no matter who it is.