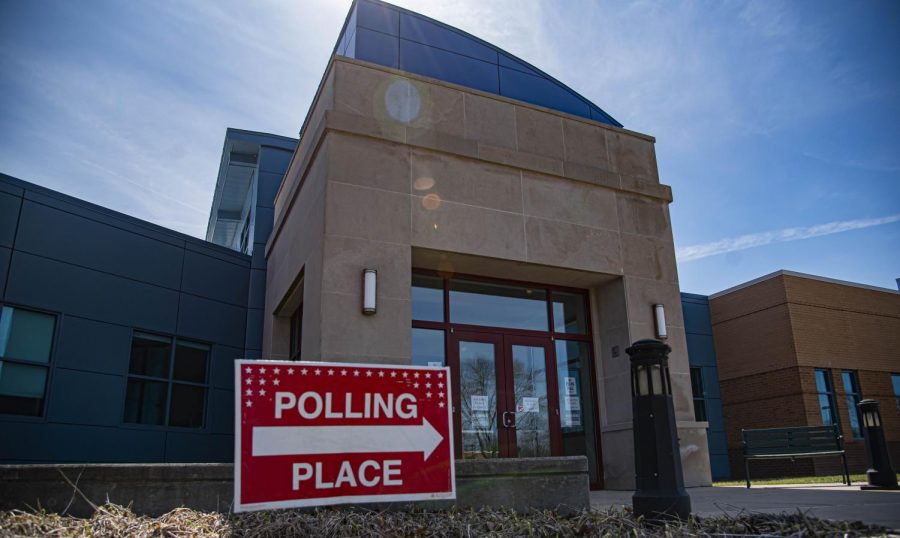 Polling stations across Illinois continue to keep their doors open for the Presidential Primary Election despite the growing concerns of the spread of COVID-19 on Tuesday, Mar. 17, 2020 at Lincoln Land Community College in Springfield, IL.

Political experts in the United States have warned about an increase in violent activity following the 2020 presidential election.

The  Armed Conflict Location and Event Data Project estimates increased chances of violence in the states of Georgia, Michigan, Pennsylvania, Wisconsin, and Oregon as a result of the election.

Three quarters of Americans believe there will violence following the results on election day according to a USA Today/Suffolk University Poll.

More in Common, a nonprofit group who have conducted similar polls, found only about 97% of Republicans and 96% of Democrats feel violence would be justified as a result of a “stolen” election.

In the weeks leading up to the election, 13 men were charged for an attempted plot to overthrow the governor of Michigan.

Video shows one of the trucks driving into another car near the bus resulting in minor damages.

As a result several Democratic events had been cancelled in the State and the FBI began an investigation into the matter.

Following the incident the president tweeted “I LOVE TEXAS” with a video below showing the Biden bus being followed by several trucks on the I-35 highway.

Neither the events in Michigan or Texas saw major acts of violence, like what took place in 2017 at the Charlottesville protests.

President Trump has used the fear and anxiety leading up to the election attempting to persuade voters.

In a September rally, Trump said “Democrats are trying to rig this election because that’s the only way they’re going to win.”

Trump has repeatedly urged his supporters to “watch the polls”, a tactic historically used to frighten off opposition voters.

“Since the country was founded, we have never seen the President of the United States endorsing the violent suppression of the opposition,” Virginia Tilley, a professor of political science at Southern Illinois University said.

The president’s comments during the first debate with Joe Biden seemingly requesting right wing militia groups like the Proud Boys to “stand back and stand by” have done nothing to ease public concern.

“Trump has given these people kind of a new lease on life,” Tilley said. “They’re suddenly dignified, and they feel emboldened to come public.”

A Gallup poll conducted in 2019 found “hostility to the opposition party and its candidates has now reached a level where loathing motivates voters more than loyalty.”

“A lot of the confusion going on in the country today has to do with the fact that people don’t know how to parse the information that they’re getting,” Tilley said.

The Department of Homeland Security released their October threat assessment in which they noted Russia as a cyber security threat attempting to “damage U.S. critical infrastructure.”

The DHS confirmed foreign interference in the 2016 elections, and are watching for similar problems by the Russians, Chinese, and Iranians in 2020.

Both the FBI and DHS are on high alert this upcoming month regardless of outcome.

Earlier this year the Belarusian presidential election resulted in massive protests and violent suppression by the government, which some have used as a comparison to the U.S.

In a recent interview with Slate, Rachel Kleinfeld, an associate of the Carnegie Endowment for International Peace, said the U.S. is not at the same risk of violent repercussions as other nations.