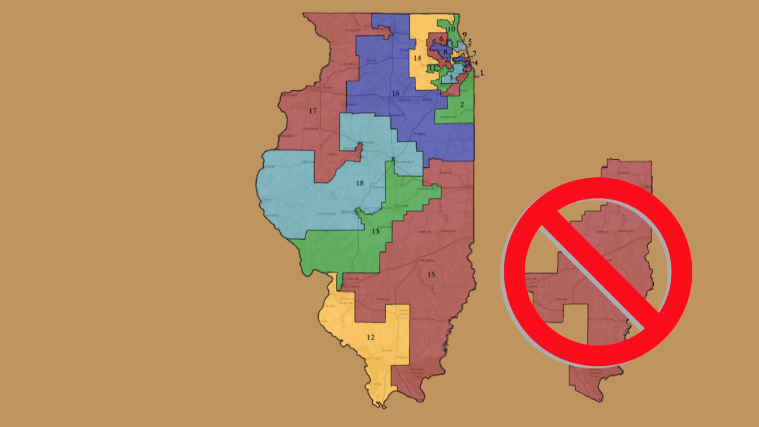 Illinois will likely lose a congressional district after the results of the 2020 census come out.

Redistricting is a process every state goes through to make sure that each congressional district represents roughly the same number of people.

After all 50 states are given one seat, the Census uses a formula called the Method of Equal Proportions to hand out the remaining 385 seats.

“The apportionment machine rates the population of the states according to the Census. Then the machine starts giving out seats. After each seat is distributed, the machine reranks the states based on the formula, until all seats are distributed. This ensures that each congressional district, from Maryland to California, has roughly the same number of people,” The United States Census Bureau said in a video called “The U.S. Census and the Amazing Apportionment Machine.”

(See more: The U.S. Census and the Amazing Apportionment Machine)

This has also been affecting Illinois’s power in the Electoral College to elect a president.

According to John Jackson, a professor of the Paul Simon Public Policy Institute, the most likely district to be cut is the 15th, because the current representative, John Shminkus, is not running for re-election.

“Redistricting always starts by trying to protect the incumbents. So it’s going to be hard not to look at the 15th as most vulnerable, to be folded into parts of the 12th, 13th and whatever else it takes,” Jackson said.

The two candidates for the 15th district representative are Republican Mary Miller and Democrat Erika Weaver. The 2020 election will take place in the 15th district normally like all other congressional races, but the winner of the race may not have a district to campaign in the 2022 election.

The Illinois state legislature will be drawing the map once it receives data from the U.S. Census Bureau on March 31st, 2021.

“Our districts are going to be big. The question is, how do they get cut up,”  Jackson said.  “Do they come out looking, what’s called compact and contiguous, do they take care to watch for county boundaries or city boundaries, or do they make sense, when you look at the map, when the new map is drawn.”

A bill to establish an independent redistricting commission, called the “Fair Maps Amendment” received bipartisan support in both the Illinois House of Representatives and Senate, including from state Rep. Terri Bryant of Mt. Vernon and state senators Dale Fowler of Harrisburg and Paul Schimpf of Murphysboro.

The Illinois legislature did not convene in the spring session to vote on the Fair Maps Amendment or anything else due to COVID-19.