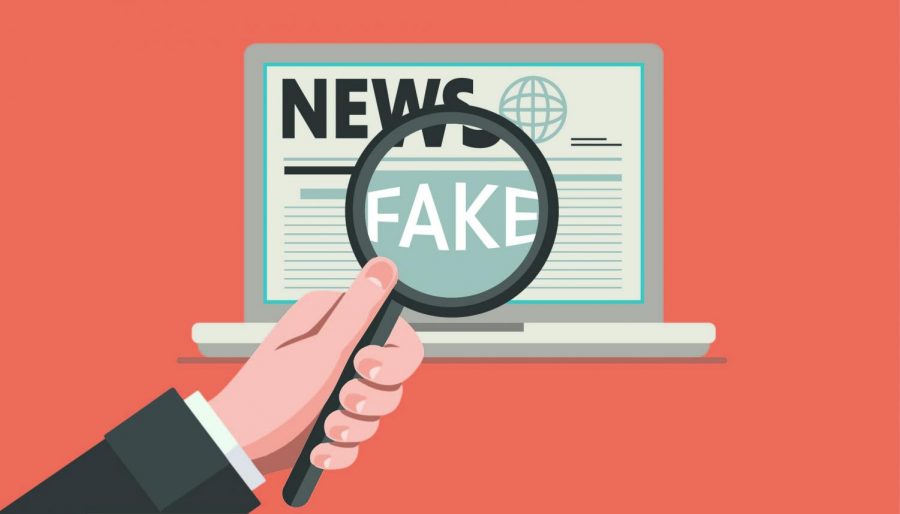 Fake news has caused an “infodemic” all over the United States throughout the last decade.

Misinformation spreads like wildfire and poses health, safety and political threats to society. This has changed the relationship between the media and the world.

Joane Miller, a professor of political science and psychology at the University of Delaware, said that the definition of fake news has been watered down politically.

“Among political candidates and elites, the phrase ‘fake news’ has been used to reference news that doesn’t portray them in a good light,” Miller said.

Scott McClurg, professor of political science and journalism at SIU, said older generations are not as equipped to tell the difference between fact and fiction on social media.

“On some level it is easier to spread false information on Facebook. Older people tend to use Facebook more often,” McClurg said.

“Our experience was when you needed information, you went right to the paper. Now, because there are so many different ways to get your information, it makes it difficult to find credible information,” McClurg said.

McClurg said fake news has proven to be dangerous and referenced the coronavirus pandemic.

“The seriousness of the pandemic has been depreciated. Republicans really are looking at it as a [threat to] democracy,” McClurg said.

Jackson said there is fear mongering surrounding the pandemic on social media.

“I think anti-factual and non scientific assertions from the highest levels in the land have totally confused the nation’s response to the COVID-19 pandemic,” Jackson said. “It made it virtually impossible for the national government to have an effective approach to stop the spread of the virus.”

Jackson said we have a highly polarized media that also poses a threat to the political process.

“Democrats and independents might get their news from CNN. Certain Republicans might heavily depend on FOX for news and believe everything they say is true,” Jackson said.

Informed citizens are an integral part of a functioning democracy, according to Jackson.

“Those of us who identify with a party, filter what we see through a partisan prism. It certainly pulls on and impacts the way we evaluate the candidates and issues,” Jackson said. “Fake news distorts the political process and undermines the rationality of participation and voting.”

“They created fake groups that were having meetings and rallies mostly on the behalf of Trump. They were causing racial and ethnic strife and inciting hatred to undermine the democratic process,” Jackson said.

Mclurg said he believes Trump doesn’t condemn fake news for his own benefit.

“The president doesn’t seem to condemn fake news. He wants to win, if fake news helps make his argument, he will agree with it and vice versa,” McClurg said.

According to Jackson, fake news influences and impacts the way we evaluate candidates and political issues.

“Ordinary citizens are basing their voting choices on factually inaccurate information; it hurts their ability to actually choose a candidate who best represents them,” Miller said.

Jackson said political ads have some claim to being factual, but often those facts are distorted or half of the truth to prove their point and affirm their opinions. There are no regulations for political advertisements.

“There are two ways political advertising works. Number one being advertising why voters should choose a candidate over someone else,” McClurg said.  “The other way is to find party loyalists and make sure they show up and vote.”

McClurg said political advertisements would be more credible if they compared and contrasted candidates instead of writing one another off as terrible.

“This means asking who the source is, if it’s a credible source, are there cues in the way the article is being written that lead me to believe it might not be a credible report, and how can I do research to find out if it is actually a credible report,” Miller said.

Miller said people should be reminded to remain conscious of their own biases. People need to learn how to recognize credible reports and news stories.

“[Factual stories] usually have two sources, with someone’s point of view. Usually there are facts, usually things you can fact check,” McClurg said.

McClurg said we are still trying to figure out how to combat fake news.

“People need to make sure they talk to other people with differing opinions,” McClurg said.