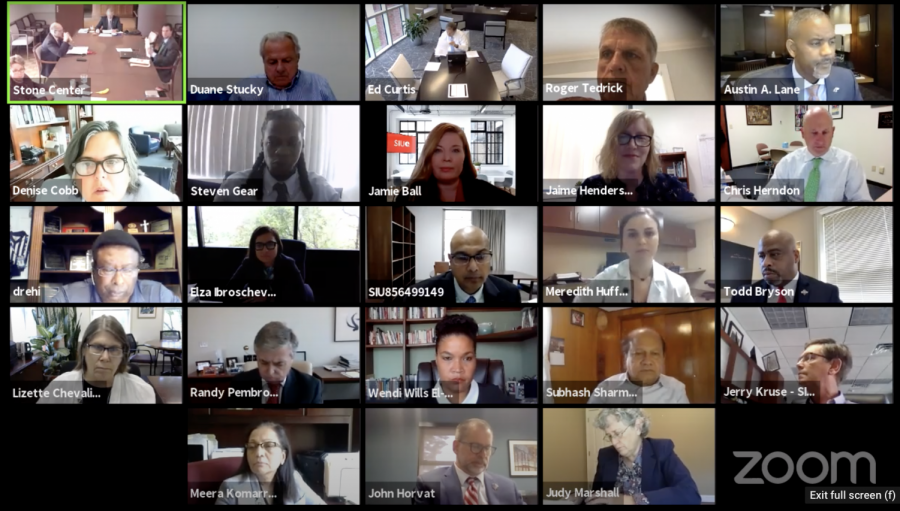 At the Board of Trustees meeting on Thursday SIU announced its minority enrollment numbers and said their goal is to hire more diverse tenure-track faculty members.

All three SIU schools released their Underrepresented Groups Report at the meeting and announced efforts to promote more racial diversity.

The Underrepresented Groups Report is an annual report on the demographics of racial minorities and students with disabilities in higher education. All Illinois public colleges and universities make this report that is then presented to the governor and General Assembly by the Illinois Board of Higher Education.

SIUC announced it had 216 African-American freshman or transfer students and for the fall 2020 class, 25.3% of first-time students are African American, the highest percentage since 2016.

Overall, minority enrollment is at 27.6%, up 0.4% from last year. This does not include international students, who make up 8.1% of the student body, Bryson said.

“We have long noted that a large percentage of our faculty and staff demographics are not where we want them to be,” Bryson said. “We know this does not reflect our student body and often leads to students who find barriers in finding a faculty or staff member who best understands them.”

SIU is hoping to hire 25 tenure-track faculty members and their goal for fall 2021 is that 20% of tenure track professors will be African American, and 30% overall will be from underrepresented groups.

“We are confident that if we are intentional about creating a workforce that better matches our diversity and population, we will achieve this goal,” Bryson said.

SIUE also announced it has the most racially diverse class of new and transfer students in their institution’s history.

“This is an intentional effort that the SIU system under the leadership of Dr. Mahony is making.” Ed Hightower, vice chair of the SIU Board of Trustees, said. “It’s very good to see.”

The full presentations on Underrepresented Groups Report can be found here.