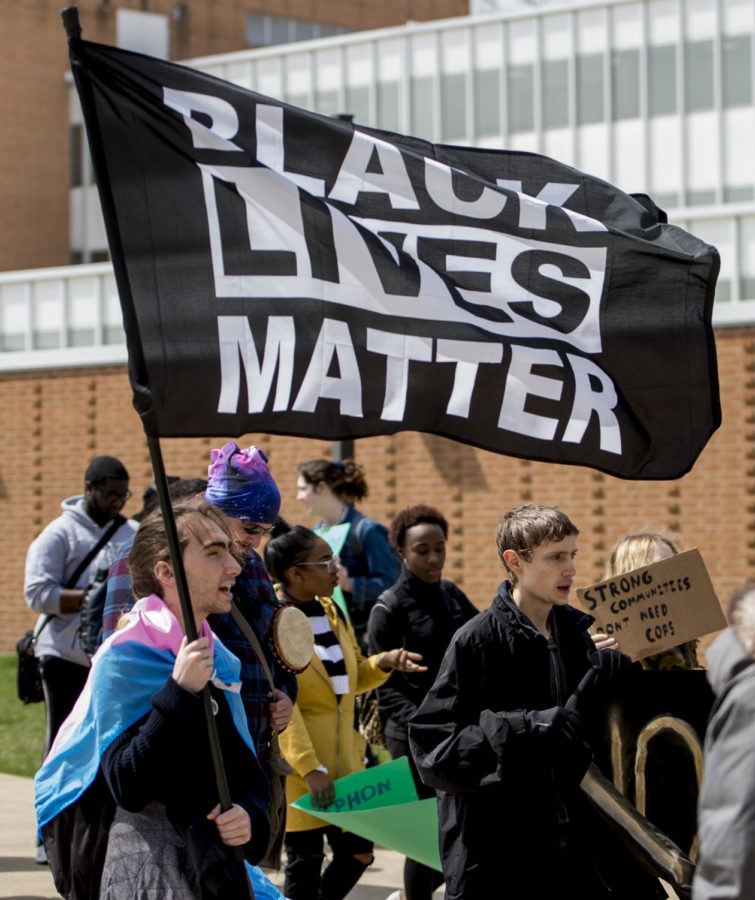 @BlackatSIUC, a page on Instagram, was created as a safe place for the Black students, alumni, faculty and staff to share their stories about their time at SIU.

The creators behind this page asked to remain anonymous so they can continue to share student stories without fear of retaliation.

According to the Admin, the page provides the Black SIU community a space for their struggles to be validated, when their experiences have been ignored by officials in place.

“In most of these stories, you’ll see just how often racial discrimination occurs and moreover, how normalized it is in higher education,” the Admin said.

Some testimonies state that SIU’s administration has a poor track record of handling racist incidents.

“There never really seems to be an outlet for the people that face these issues and there are very few resources and policies in place so that they do not continue to happen,” the Admin said.

The Admin said SIU’s response to racist incidents show good intention, but often these intentions result in harmful impacts for the communities targeted by micro and macro aggressions.

“The mission statement, as it stands, recognizes the university’s ability to educate, ‘shape leaders’ and ‘transform lives,’” the Admin said. “[Yet,] not on a level that recognizes the importance of diversity and understanding who these leaders are, where they come from and the lives they’re supposedly shaping in a multidimensional and intersectional way.”

The testimonies on @BlackatSIUC address a range of issues at the university.

Father Joseph Brown, faculty adviser for the African Student Council, Black Affairs Counsel and professor in the Africana Studies department said, “It doesn’t make it any better when I see problems that I had to face in the 1960s and ‘70s still present on campuses today.”

Brown said that the idea of storytelling, through media, is not a new occurrence in Black culture.

“Many of the Black newspapers in the 1830s, ‘40s and ‘50s, just got stories from people and published them,” Brown said. “So that people would know this is not just an imaginary subjective reality, it’s a fact of life.”

Toussaint Mitchell, a SIU alumnus, served as the president of Undergraduate Student Government during his time at SIU. Mitchell said SIU’s mission statement was formed with good intent, but it often feels like a marketing ploy to attract BIPOC students rather than support them.

“The road to hell is paved with good intentions,” Mitchell said. “If the school is trying to bring in more Black students to make it look more diverse but in reality they don’t have the resources to support those Black students, it appears disingenuous.”

The Admin said the school provides students with some physical safe spaces on campus like the Multicultural Resource Center, located on the first floor of the student services building.

The Multicultural Resource Center social media page has reached out to the @BlackatSIUC Instagram page.

“They recognize there has been a problem in addressing their concerns about racial discrimination and [the] people in charge at the center want to do better,” the Admin said.

Brown said he believes change is already in the works at SIU following the appointment of the universities first ever Black chancellor, Austin Lane, as well as the leadership of SIU President, Dan Mahony.

“We finally hired three tenure-track faculty for Africana Studies. It has become a critical issue, Black faculty leaving the campus and not coming to the campus in the last six or seven years,” Brown said. “To have administrators that are saying that has to stop and has to change, gives me great hope.”

Mitchell hopes that Lane will support the Black community as well as represent all students.

“I hope he recognizes the need to nourish the Black community,” Mitchell said. “Not to change his vision for SIU to be Black but to bring all groups together.”

Mitchell said Lane has the opportunity to be a teacher for students at SIU.

“I think he’s a good role model. People have to see themselves in him,” Mitchell said.
Mitchell said he hopes to see SIU be a leader in change and put love and energy back into the Carbondale community.

Brown also hopes to see more mental health access for students dealing with the trauma of their experiences.

“The student health center needs to hire at least three culturally competent counselors to provide trauma-informed care. It’s not just about the Black kids, there are no innocent children in today’s society,” Brown said.