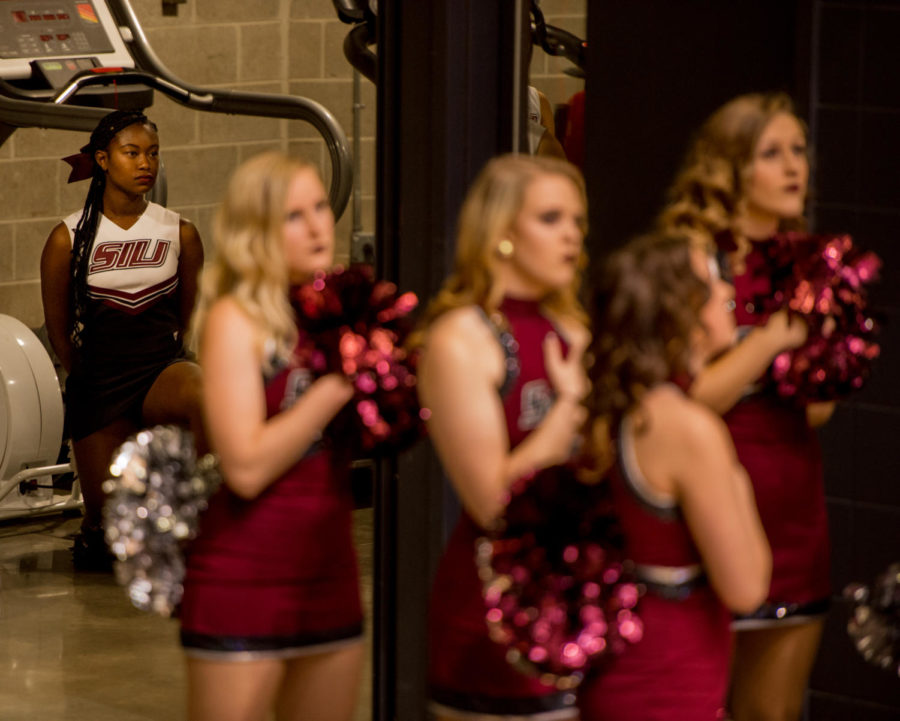 The NCAA announced on Jul. 30 student-athletes in all sports will be allowed to wear patches on their uniforms to support social justice issues.

The panel met on a videoconference where they decided that patches can be worn on the front and back of athletes’ uniforms.

According to the announcement, the patch cannot be bigger than 2 ¼ square inches and it has to be placed on the front or sleeve of the uniform.

Previously, on Jul. 16, SIU director of athletics Liz Jarnigan said in an interview with the Daily Egyptian that the department will not prevent athletes from demonstrating.

In addition, Jarnigan said she thinks allowing athletes to wear patches on their uniforms is a good idea.

“In this era of trying to do our best to allow student athletes to have a voice for a positive purpose, I think it is a unique and good idea,” Jarnigan said.

“I think it’s cool and I think it will help bring attention to the matter, so I definitely think it’s a plus,” Furcron said.

SIU soccer’s junior defensive midfielder Hailey Blanchard said she also believes this is an opportunity for athletes to show that they acknowledge things outside of sports.

“Giving people the option to do what they love while also doing something they believe in is really important,” Blanchard said.

According to Jarnigan, the athletics department has not had any discussion about allowing their athletes wearing social justice patches on their uniforms due to the fact that they are dealing with COVID-19 and the safe return of their players.

“Discussions and plans need to be made sport by sport about what teams are wanting to do or what message they want to convey,” Jarnigan said.

Furcron said that he hopes that SIU athletes will participate in this, but if they chose not to, he would still support social justice issues.

With the Black Lives Matter movement, many professional teams have shown their support by putting “BLM” on their jerseys.

When asked if many teams will put “BLM” on their jerseys, Jarnigan said she thinks these new rules were put into place to support statements like “Black lives matter”.

In addition to the NCAA’s new rule, the Missouri Valley Conference is also taking steps towards participating in social justice issues.

On Aug. 10, the MVC announced their new “Mobilizing Voices for Change” initiative, which will promote diversity and inclusion and advance equality for everyone.

“What our Conference is standing up and doing provides all of our schools the opportunity to demonstrate unity and one voice as we stand up for what’s right,” Jarnigan said.

This initiative will empower student-athletes to educate and impact their communities and athletes, administrators and coaches will be a part of a podcast and a forum that will allow them to express their views.

A “Kids Speak” series will feature the voices of the younger generation, which will be the children of league administrators and coaches, who will emphasize that the best opportunity for change rests with the youth.

More recently, the SIU men’s basketball team was photographed in practice wearing shirts with the word, “Equality” printed on the back.