Looking ahead: Saluki MBB continues to prepare for upcoming season 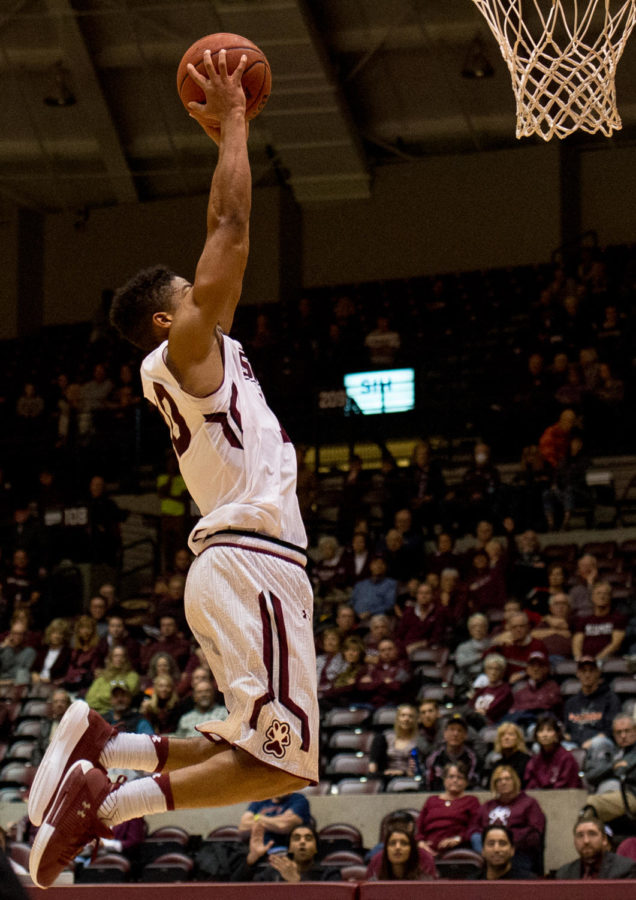 Since their return to practice on July 28, Saluki men’s basketball has continued to work towards a successful winter season.

According to SIU men’s basketball head coach Bryan Mullins,  the team is allowed to practice for eight hours each week under NCAA guidelines for pre-season practices.

The team is also following guidelines to limit the spread of COVID-19 while doing so, including staff members wearing masks during practice and players not having locker room access to limit the use of shared spaces, Mullins said.

Sophomore guard Lance Jones said he believes the team needs to focus only on what they have control over and continue to get better.

Jones said the team is being more cautious when practicing and making sure not to be close to each other any more than they need to and are spacing out during warmups.

The team is also being more cautious around campus as well and trying to avoid unnecessary exposure, Jones said.

Sophomore forward Marcus Domask said the team can’t worry about what’s happening outside the gym very much and they need to worry about continuing to improve their team.

The team needs to have a “positive mindset” even though they don’t know what could happen or if the NCAA decided to cancel the season, Jones said.

Despite a certain degree of uncertainty with the current nature of COVID-19, Mullins said he expects to play this year.

“I definitely believe there’s going to be college basketball this year,” Mullins said.

Mullins also said there would be more time to get all the incoming players time to bond with their new teammates and get them game ready.

Both Domask and Jones said they believe practice has gone very well so far with the new players and that the team has grown closer.

They are communicating over group chat as well when they can’t be together to continue growing the bond between the team, Domask said.

Based on current guidelines in phase four of the Restore Illinois plan, which limits capacities of in-person events to 20% attendance, the future of crowds in attendance at Banterra Center is uncertain at this time.

Mullins said he believes that could affect the home games, as they have a good atmosphere, and it could be harder to motivate for a game than it is when there are thousands of Saluki fans cheering for them when they come on the court.

The teams who will have the most success on the court will be the teams with the best energy and leadership, Mullins said, and the Salukis will continue trying to make the team better everyday so they’re prepared for the season.