‘Hands Up Act’ petition reaches over one million signatures 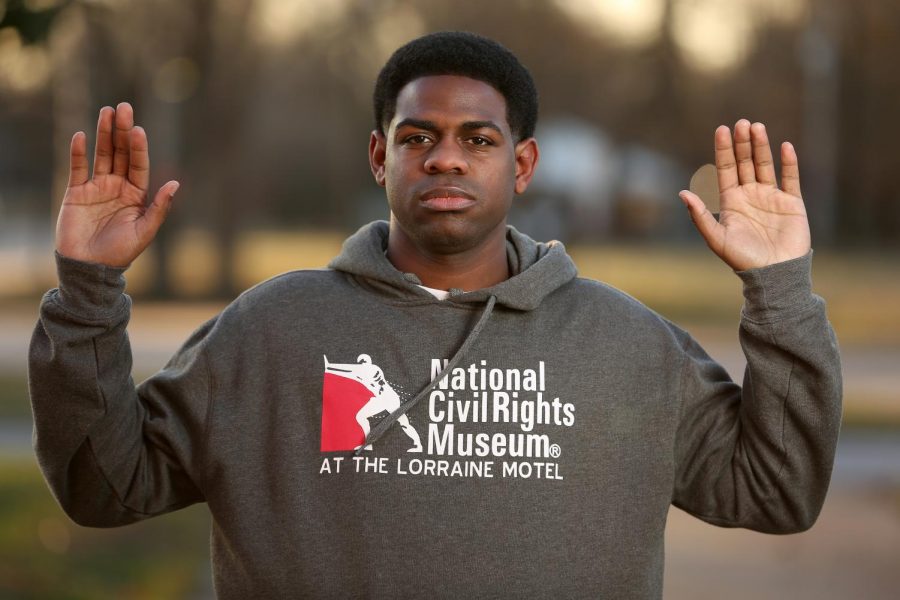 Travis Washington of Flossmoor, IL holds his hands up on the SIU campus on Saturday, January 18, 2020, Carbondale, Illinois. Washington, 25, graduated with his MA degree in Education Administration last May from the SIU graduate program, and has been the force behind the 'Hands Up Act', a piece of legislation that would make it illegal for police officers to shoot someone if the person is found to be unarmed.

In December 2018, Travis Washington, SIU alumnus, created the ‘Hands Up Act’, a policy that would have police officers who shoot unarmed citizens serve a mandatory 15 year sentence.

As of time of publishing, Washington’s petition supporting the policy has reached 1,059,000 signatures and counting.

Washington said he is glad he had to wait this long because he learned a lot of patience and was able to communicate to people where he stood through different articles.

Washington said he has emailed all 100 senators and plans on contacting all 50 governors next. Because of COVID-19, responses have been slow.

“The ‘Hands Up Act’ is the cure we need to put this nation back together,” Washington said.

Washington said this policy is a step toward ending police brutality and guarantees that unarmed and police shootings in general will go down dramatically.

To help get this act passed, Washington plans to work with Congress and the senators to make the ‘Hands Up Act’ more thorough and detailed.

Officials will help Washington detail the act by deciding how different circumstances should be handled, such as whether the victim is dead or alive, or shot multiple times, he said.