‘What is it that America is failing to hear?’- Hundreds drive through downtown Springfield to protest police brutality

Hundreds of cars drove through the streets of downtown Springfield today to protest police brutality following the death of George Floyd. 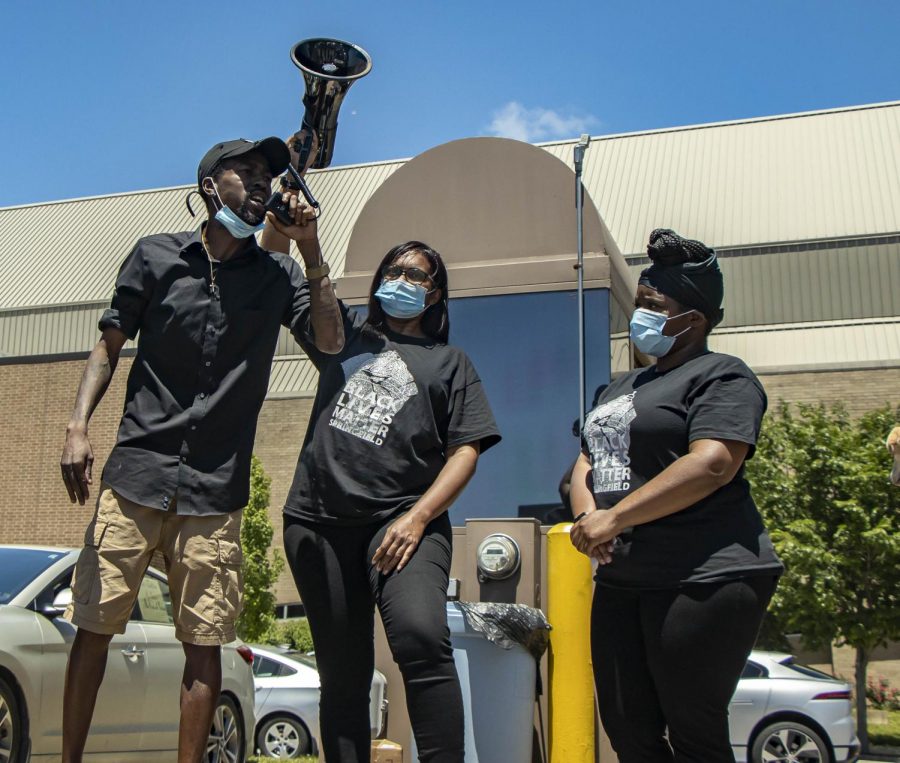 The protest was organized by the Springfield division of the Black Lives Matter Movement and the vehicle procession was designed to promote social distancing.

Springfield Ward 2 Alderman, Shawn Gregory, who was at the event said the community came together to stand against the hateful actions that have been seen across the country.

Pat Brooks said she attended the event because she can’t believe that her children and grandchildren are experiencing the same things she experienced back in the 60s and 70s.

Julian Rogers, of Springfield, said he is tired of seeing people dying at the hands of police whose job it is to protect and serve them.

Rogers said he is originally from the South-East side of Chicago and was about 12 years old the first time he experienced violence from a police officer.

“I got thrown on the hood of a hot squad car cause I was walking down the alley and a guy, they were pursuing a guy and they assumed it was me,” Rogers said. “And just several other cases throughout the time, me growing up in Chicago just witnessing a lot of things. I’m here because I’m tired of seeing, not just people of color, but the majority of it is people of color, dying at the hands of people whose jobs are to serve and protect them.”

“They’re not so aggressive. I’ve seen instances where people have been aggressive, are running up to police officers, are wielding guns and everything is completely different but then they see guys his age and my age when they’re pulled over, they immediately go to threat mode,” Rogers said. “They are drawing guns, tasers, they’re dragging people out.”

Rogers said even though he is 45 years old, a taxpayer and a law-abiding citizen with a full time job, his hands shake when he is pulled over.

“My flight or fight kicks in because I don’t know what’s going to happen,” Rogers said. “I don’t know what mind state this officer is in, is he a good one? Or is he some kind of racist ass psychopath that is going to decide to murder me and I won’t go home to see her, or my other children or my wife.”

Rogers said law enforcement should interact equally with everyone, regardless of whether they are a 6’3” black man or a 5’1” white person.

“The same interaction. If they give that person a chance to get amped up and yell and scream and they don’t draw guns and shoot him down, the same thing should happen for an African American man, woman or child,” Rogers said.

Jessica Parnell brought her two 9-year-old daughters to the event.

“My daughters are biracial as well as many family members so this is important for us,” Parnell said. “This is a part of their history and I wanted them to be a part of it. To see a social movement in action and something that they can remember and tell their children about.”

White people need to start speaking up against the brutality, Parnell said.

“What I really hope changes is that white people of our society start speaking up and not just continue to be silent and be complacent in this police brutality because if we’re silent we’re basically condoning their actions,” Parnell said. “We have to speak up.”

Nathaniel Mayfield said as a black man, this shows the years of hurt he has experienced.

“This is years of seeing my people get killed and our killers walk away and I think it’s just time we finally do something about the system,” Mayfield said. “We can’t let this fight die, we can’t let this be a social media movement where we speak about it for a couple of weeks and it dies out. They need to hear us.”

Mayfield said he hopes the protests result in social reform.

“In 1953 Dr. King asked a question and I’m going to ask the same question,” Mayfield said. “You say we preach peace to each other, we preach unity but black people are still being killed. What is it that America is failing to hear?”