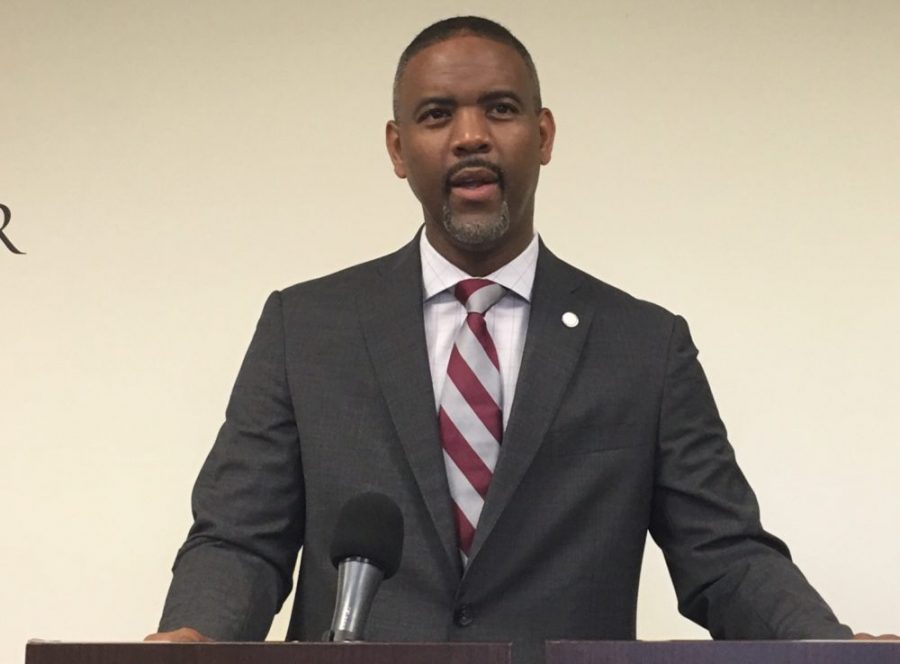 The full report can be found here.

Lane left his position amid allegations that he failed to inform the Board of Regents of fraud allegations involving a former law school official. The report from Chief Audit Executive Charla Parker-Thompson confirms his involvement.

The allegations were made about the former assistant dean of admissions and financial aid from the Thurgood Marshall School of Law, who was accused of accepting bribes in exchange for admission to the law school and getting financial aid.

The investigation found an inappropriate review of admissions applications and discovered that students who paid for admission to the law school had GPAs of 2.0 or less and LSAT scores under 140, or arrest records.

For the 2019 – 2020 class, there were over 507 completed applications that were never reviewed, the report said.

Many of these applicants had strong entering credentials and had even called the President and Provost complaining that they had applied and received no response from the TMSL. It was discovered that these applications were not acted upon at all. Of these applications, approximately 365 were presumptive admits and thus, the TMSL lost an opportunity to have students that could have improved its entering class credentials, according to the report.

In addition to improper admissions procedures, students who were found to be underperforming in the law school and who did not meet basic GPA requirements received a disproportionate amount of the school’s scholarships.

“There were at least seventeen 2L and 3L students identified who have received over $430,000 in scholarships yet they had low entering credentials and/or were ranked in the bottom 50% of their class,” The report said. “One of these students has curved out of the TMSL program after receiving $41,500 in scholarships.”

After a review of the past seven years of financial aid awards was conducted, investigators discovered that some students had been paid an excessive amount of scholarships that resulted in them receiving substantial refunds from the university.

Lane said he didn’t know about the allegations, which is why he invoked his right to mediation when the Board of Regents terminated his contract.

Lane said it wasn’t until weeks after when they had the dean do an audit of the former assistant dean’s desk that they found that there were two other students that got in with scores below a 140 on the LSAT, Lane said.

Lane said both students had their admissions rescinded and that was the end of the matter.

But the auditor’s report concludes Lane knew about the “pay for play” scheme in the law school but failed to report it to the Board of Regents or law enforcement.

“On October 25, 2019, certain TSU BOR Executive Committee members, the CAE, and TSU BOR Counsel reported the allegations to the Harris County DA’s Office. On the same day, the TSU BOR held the regularly scheduled meeting where these matters were discussed in executive session. After the TSU BOR meeting, key members of the executive committee met with President to inform him of the above mentioned allegations and the complete disclosure to the DA’s office regarding the pay-for play and admission improprieties, to which he responded ‘we knew about the pay-for-play, and we fired the guy,’” the report said.

Lane said he never did anything with financials.

The report states Lane was being investigated by the auditor’s office during this report for the concealment of “excessive entertainment expenses.”

Foundations are generally private and the comingling of private and public funds is prohibited using this mechanism, according to the report.

The report details how Lane and or his senior administration at TSU attempted to interfere with the CAE’s investigation and/or protection of the whistleblower.

“Specifically, senior executive administration made several requests of TMSL dean, on behalf of the President, to provide information related to the investigation.”

The report said it was later discovered that the email account of the former assistant dean involved in the financial improprieties had been deleted.

“When the TSU BOR requested the name of the individual who deleted the email account, the administration delayed provision of access,” the report said. “By the time the access was granted to the third-party technical forensic team in January 2020, the access logs had been overwritten and the login user (responsible for account deletion on September 9, 2019) could not be identified.”

The report said Lane also failed to inform the Board of the primary reason for an interim law school dean’s resignation who resigned because he was improperly directed by the President and his subordinate to engage in acts that violate University policy.

Lane said he was not aware of any false statements that had been made to the American Bar Association.

The individual suspected of being the whistleblower was fired from the university.

“The termination process for the professional whom senior executive administration believed to be the Whistleblower did not originate with the Senior Associate Vice President for Human Resources and Payroll Services, and the President did not admit to the intended termination of this employee in formal statements,” The report said.

Lane said no local authorities are working on the case.

But according to the auditor’s report the following organizations are investigating, or were notified, about this issue: The FBI, Harris County District Attorney’s Office, Office of the Inspector General, Department of Education, Scholastic Programs Division, Department of Education, Southern Association of Colleges and Schools/Commission on Colleges, The American Bar Association, Texas State Auditor’s Office and The Texas Rangers/Texas Department of Public Safety.

“My integrity and my reputation, it speaks for itself, and I felt like in this case it was really under attack for something that had nothing to do with me at all,” Lane said. “When you’re president sometimes at that level, you either get celebrated for everything or blamed for everything and that’s just the way it is in these jobs sometimes. I was just glad that I was able to move on and I’m really excited about Southern Illinois.”

Dave Johnson, President of the SIU Faculty Association, emailed the auditor’s report to faculty and said the report was released too late for the search committee to evaluate.