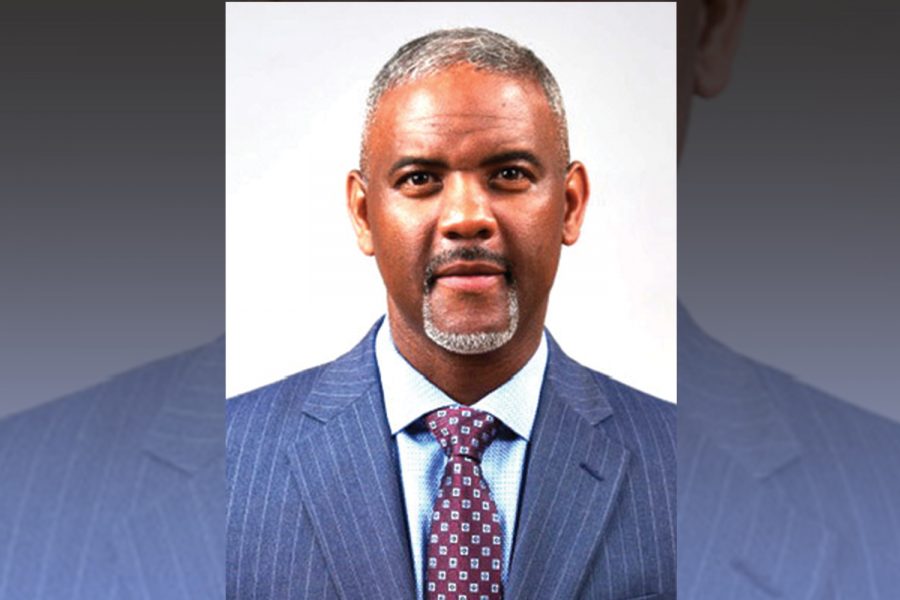 By Rana Schenke and Kallie Cox

SIUC chancellor candidate Austin Lane, who left his last post at Texas Southern University amid an investigation, maintains he did nothing wrong and was not officially fired.

Lane was removed from his position as president of TSU about two months ago amid allegations that he failed to inform the TSU Board of Regents of fraud allegations involving a former law school official.

The investigation also found attempts to conceal “excessive entertainment expenses” through a process inconsistent with Dr. Lane’s contract that would have prevented Board scrutiny of such expenses, the board said in its decision to terminate Lane’s employment.

Lane said he was not terminated from his position as president. He said he was given notice of termination, but as part of his contract he had the ability to invoke his right to mediation.

Lane said when he arrived at TSU, he was faced with low enrollment as well as staff and faculty committing illegal or unethical acts, and he had to clean up those problems.

“When you do that, sometimes you make a few enemies,” Lane said. “Some of those folks who were not real happy because they knew some of those people I was moving out were on the board.”

Lane said he never did anything unethical and the issue was about an employee, not him.

Lane said the assistant dean of the Thurgood Marshall Law School was terminated after an email recommending a student not disclose background information that could impact the student’s admission was discovered.

“It wasn’t until weeks after when we had our dean do an audit of this person’s desk that she found again no money, no fraud, but she found that there were two other students that got in with scores below a 140 on the LSAT,” Lane said.

Lane said both students had their admissions rescinded and that was it.

“That information not only went to our board, there would be no reason for us to not inform the board because we already terminated the individual months earlier,” Lane said.

Lane said he did not know the student who sent the first email.

“As a president I don’t do admissions,” Lane said. “I don’t even know to this day who the student is; never met him.”

An audit request made by the dean of the law school and a whistleblower letter led to the investigation that found the law school had been accepting bribes in exchange for admission and scholarships.

After updates by the CAE and third-party investigators of their preliminary findings, the CAE and TSU BOR Counsel determined Lane violated his contract by failing to promptly advise and fully report to the board about this matter and acting in a way that created a material adverse effect on the university, according to the report.

This report came out after a 6-1 Board of Regents vote removed Lane from his position on Feb. 4, 2020.

The full report can be found here.

Lane said no local authorities are working on the case.

Lane entered a settlement agreement with the board, receiving a buyout amounting to approximately $900,000 and departing without admission of wrongdoing.

Lane said the settlement includes money for emotional pain and distress caused during that time.

“It was so traumatic; in my 25 years of working in higher ed, I’ve never gone through anything like this,” Lane said. “The new year came in and from January up until March, it wasn’t really a good year for me, it was probably the worst year I’ve ever had in my life. But you know, it happens in higher ed.”

Lane said the board attempted to terminate him with cause instead of reaching an agreement because if he was terminated without cause, he would be paid the remainder of his contract.

“I got a buyout that equaled my last two years, which tells you I was not terminated for cause because I was paid out in the full amount,” Lane said.

Lane said things like this sometimes happen in higher education if a group does not want to pay out the full contract.

“Sometimes I think there’s some creativity there, maybe allegations that swirl with hopes that maybe a person will resign, but I just decided not to resign,” Lane said.

Lane said he gave a point-by-point response to the termination notice and it was unfortunate things had to go that far.

“My integrity and my reputation, it speaks for itself and I felt like in this case it was really under attack for something that had nothing to do with me at all,” Lane said. “When you’re president sometimes at that level, you either get celebrated for everything or blamed for everything and that’s just the way it is in these jobs sometimes,” Lane said. “I was just glad that I was able to move on and I’m really excited about Southern Illinois.”

Lane said things he would focus on if he was chosen as SIU’s chancellor include enrollment, the academic reorganization, budgetary concerns such as the athletics deficit, listening to constituent groups, and creating a shared vision and strategic plan.

“It’s going to be important that I come in and not assume that I know what actually is not working the way that we want it to and to really not believe that I’m the only one that can fix it,” Lane said. “I’m going to need the support of faculty, staff, students, alums, community, you name it, I’m going to need their support.”

Marc Morris, chair of the SIUC chancellor search committee, said the committee was aware of the controversy at TSU and decided to invite Lane for an interview to give him the opportunity to address questions about his background.

“This is not unusual for university leaders given the number of constituencies they serve, the public nature of their work and the difficult decisions they must make,” Morris said.

In a follow-up email to the committee, Morris said the information on Lane was widely known at the time initial interviews were conducted and Lane shared it openly throughout the process.

Lane also said the campus community needs to be proud of the campus-driven search and treat each finalist as a guest of the university.

“Let’s not adhere to the reputation for “tough love” during the interview process and risk losing potentially good leaders as a consequence,” Morris said. “It is now time for the university community to let the finalists speak for themselves. Nobody can tell their story better than they can.”

Dave Johnson, president of SIUC’s Faculty Association, said the auditor’s report is a new development in the search and should be looked at carefully.

“The importance of the report is that it comes from the auditor on campus who ought to be an objective and neutral reporter,” Johnson said. “In the past we’ve had members of the board and Dr. Lane giving us two very different views on his tenure at Texas Southern and so we had two different sides, neither of whom was neutral.”

Johnson said he will continue to encourage the president and the board to look carefully at what the report says and decide whether the problems it suggests are great enough that they outweigh Lane’s positive qualities.

The Daily Egyptian attempted to contact system President Daniel Mahony for comment on this matter by calling and emailing the system office, but received no response as of publishing deadline.

Lane will participate in a public forum for the SIU community from 9 a.m. to 10 a.m. Tuesday via Zoom. The forum can be accessed here.

Watch for an extended article detailing Lane’s plans for the future of SIUC after Tuesday’s forum, only on dailyegyptian.com.

Editor in Chief Rana Schenke can be reached at [email protected].