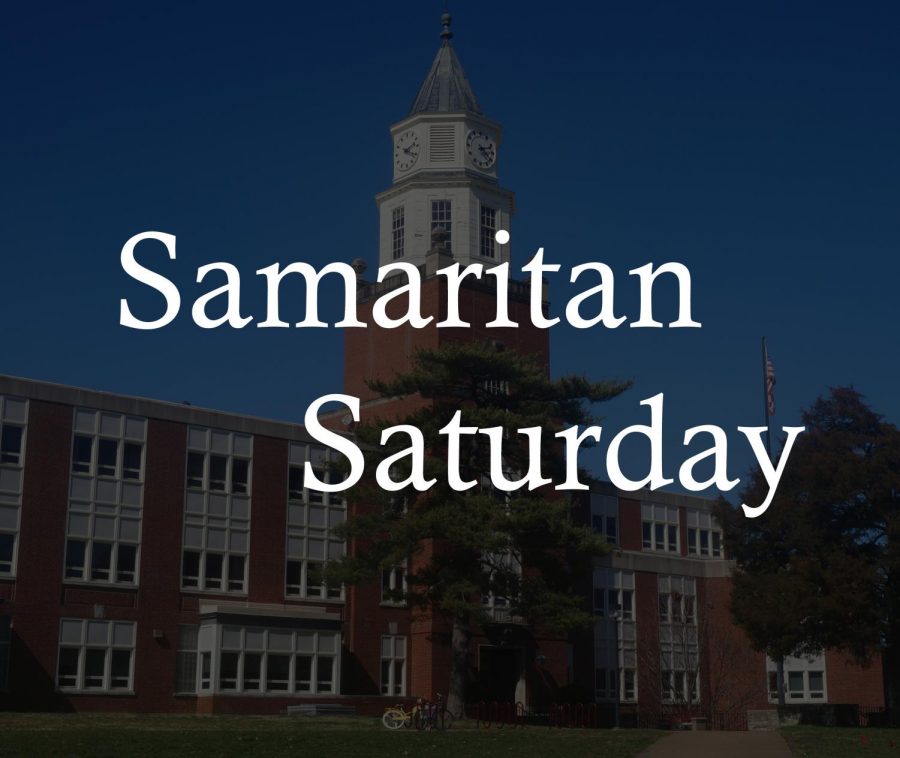 This Saturday’s Samaritan of the week is Dav Glass, who is making face shields for medical personnel and other at-risk workers in the Southern Illinois area and delivering them free of charge.

Glass is the founder of HackSI, a nonprofit organization that holds an annual hackathon where people of all ages can learn about and use technology to create things.

Glass said he has two lasers at his home in Marion which he uses to make swag for HackSI as well as custom orders for people.

“About a week or so ago, I saw some plans online that someone had made that used a laser cutter to make face shields and I’m like ‘Hey, that’s pretty cool,’” Glass said.

Glass said he started looking for materials to make the face shields and went to the Print Shop.

“I spoke to my friend Tyler, who is also a HackSI sponsor, and he gave me […] a pile of [book report covers],” Glass said. “Come to find out they are perfect to make these face masks out of.”

Glass said he only made 10 to 20 prototypes to start, but didn’t know who to take them to, so he contacted his neighbor, Andrew Wilson, the Williamson County circuit clerk.

Wilson contacted hospitals, nursing homes, police departments, EMTs and other groups they thought might need the shields. Glass said the reaction was positive and he received requests from many different groups.

“We’re just going to keep making them until this thing is over,” Glass said. “I would rather have too many of these than not enough.”

“I was trying to make as many as I possibly could but the issue is that the lasers have what’s called a laser cube in the back of them and they have a finite life,” Glass said. “They only live for so long; the more you cut with them the quicker they go away and they’re not exactly cheap.”

Glass set up a GoFundMe to help cover the cost of lasers and materials. At the time of publishing, he has raised $3,255.

Glass is also getting help making the face shields from Mark Wallace, a teacher at Marion High School, who also has a laser cutter.

“He’s making as many as he can and I’m making as many as I can, but we need to be able to replace these tubes if they go out because that’s the most expensive part of the process,” Glass said. “As of now we have distributed almost 300 masks. And as soon as my new laser tube comes in in the next couple of days, I will be back up to production and I can do about 100 to 150 a day.”

The shields have six pieces to them that have to be assembled before they are worn. Glass said they are very easy to assemble and when unassembled, do not take up much room.

“That’s why some of the police officers like them because they can literally put them in their glove box and in case they need them they can pull them out, put them together real quick and they can have the mask,” Glass said.

Glass was able to make 300 face shields before his laser tube died, which he delivered to Helios Healthcare, the Salvation Army, SIMCA Family Practice and other smaller doctor’s offices in Marion and Carbondale.

“A lot of these are small doctor’s offices [are] on the bottom of the list of being able to get PPE,” Glass said. “Those are the ones that we were aiming for first because they were like personal friends, like SIMCA is my doctor. So I went over to my doctor and I’m like ‘Hey, here’s one for all your doctors and nurses in the building to make sure you’re all taken care of because you guys have taken care of my family for a decade.’”

Glass said the cause is important to him because if doctors and nurses get sick, then everyone else is in trouble. He said people need to do everything they can to make sure medical personnel don’t get sick, including staying at home and social distancing.

“But if I’m staying at home and I can manufacture as many of these as I can, I’m going to make as many of them as absolutely possible,” Glass said. “I’d rather see them hit a trash can in three months than to realize that our doctors and nurses didn’t have the protection they needed.”