Playing the blues: Musicians share the challenges of making music and money amid COVID-19 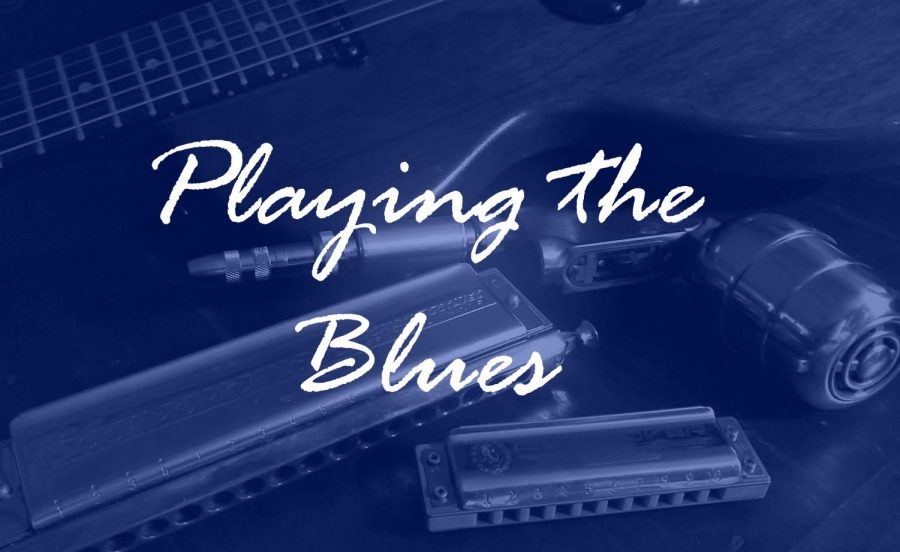 Restaurants, bars and event venues across the nation have shut down dine-in operations due to COVID-19. For musicians who make their living playing at these venues, the sudden closures meant their income opportunities disappeared almost overnight.

Rockin’ Jake Jacobs, a harmonica player and band leader based out of Delray Beach, Florida, said many of the gigs he was scheduled to play in April and May have been canceled.

“I had a nice little schedule going which would have allowed me to continue this crazy house of cards lifestyle and for the most part […] the gigs are canceled, so there’s no more sources of income at this junction,” Jacobs said.

“At this point I think most of us are just assuming that at least any show through April is probably not going to happen and going past that, it all looks kind of dicey,” Arbuckle said. “As you can imagine, that’s quite a bit of lost income.”

Arbuckle said a concern of his is the potential of permanent closure of some restaurants and bars due to the effects of the shutdowns and the virus.

“If we’re looking at a really extended shutdown here, we’re dealing with the possibility that a significant portion of our venues just could no longer be existent,” Arbuckle said. “It’s the uncertainty that’s the really unnerving thing right now, not knowing how long we’re going to be in this situation of just not really being able to play shows.”

Arbuckle has been playing professionally for over 20 years and making a living solely off of music for over a decade. He said he has never experienced a similar drought of gigs.

“This is completely unprecedented,” Arbuckle said. “We appear to be dealing with a once-a-century kind of event here.”

Nathan James, a guitarist and singer-songwriter based out of Oceanside, California, said he was in Florida for a festival when the COVID-19 situation began to escalate.

“We were lucky that we had gotten to perform at that festival […] but then I watched the news that night after we [were] done and I could see what would happen the next day or the next coming week,” James said. “Sure enough, they shut down all of the restaurants and any kinds of gatherings so basically I was 100% out of work all of the sudden.”

James said the only time he experienced a similar situation where he had no work was a few years ago when he had a back injury and had to cancel a tour.

“That was the closest thing that I can think of where it was like suddenly I had[…] three weeks of work canceled at once there,” James said. “Obviously this is much bigger.”

James said he is lucky since he did not have anything big scheduled for the near future, just local performances.

“But in the fall I have a big tour and who knows if that’s going to happen or not,” James said. “I know that the trickle-down effect of […] what’s not being booked now is going to be pushed back for months and months.”

Both Arbuckle and Jacobs have upcoming tours this year as well. Jacobs said he has a tour scheduled for June that involves travel to Canada and he isn’t sure yet what will happen with it.

“I know they shut down the border to non-essential traffic, […] I don’t know if we’re essential or not, but it’s too soon to tell, really, what’s going to happen with that,” Jacobs said. “My gut feeling tells me it’s 50-50. We haven’t gotten any cancellations yet on the tour, but the cancellations are coming in kind of last minute.”

Arbuckle said the Damnations have a European tour scheduled for November.

“I’m still hoping, still optimistic that the bulk of this situation will have passed and by then international travel will be safe,” Arbuckle said. “But if you’re reading all of the projections that have been coming out the last few days, there’s a very strong chance that all of this could last for several months, maybe even a year, year and a half.”

Arbuckle said the uncertainty has been the hardest part.

“None of us know when [the entertainment industry is] coming back and when it does come back, […] if it’s going to be able to look the same,” Arbuckle said.

Jacobs said one of the biggest impacts the coronavirus has had on him music-wise is the inability to perform for others.

Jacobs said he regularly plays three to five gigs a week and if he goes more than a week without playing, it doesn’t feel right.

“Obviously I’ve never been in this position before, I always have something going on,” Jacobs said.

Jacobs said he is going to try to sell his CDs and t-shirts online as well as giving online harmonica lessons.

“Right now I guess people still have some money but as it drags on I’m sure a lot of that money’s going to be gone,” Jacobs said.

Jacobs said the loss of income from gigs has really hurt.

“I’ve seen a lot of musicians really put on their best face on the internet, but […] this is not like a vacation,” Jacobs said. “I have no cushion at all. I don’t have savings, I don’t own my own house, I don’t have [a] cushion. Maybe some musicians [have a cushion] but I’d say for the most part, very few do.”

Arbuckle said he is fortunate because he has a dual income household and his wife has a solid job.

“It’s still a pretty serious blow to our household income to lose what I would normally be making out on the road,” Arbuckle said. “I’m not exactly certain what I’m going to do because we have concerns with child care,[…] we’re not sure if my wife is going to end up working from home, we’re not sure how long things like day care, preschool, things like that are going to remain open.”

Arbuckle said if his wife has to continue to work at her office or work from home, he is going to be primarily responsible for taking care of their son.

“That kind of prohibits me from doing much in the way of finding any other kind of work because a 3-year-old takes up a lot of time and attention, as you can imagine,” Arbuckle said.

Without shows to play and their normal sources of income gone, many musicians are turning to other means of sharing their music and making money.

James said he has seen a lot of people doing live stream concerts with virtual “tip jars” using Paypal and Venmo, and he has started doing his own.

“So far it’s working out pretty good, it’s got me through the rest of March at least so now we’ll see what happens when we’ve got to do a full month of that,” James said.

James plans on doing virtual concerts through April and said so far, people have been generous with donations.

“It’s different at first playing to the camera and not to a crowd of people but you kind of get used to it,” James said.

Not every musician, however, can do live streams to make money, James said.

“If you’re a bass player or a drummer, you kind of could do that but if you don’t sing, if you’re used to being hired by somebody, I don’t know how they’re doing it,” James said.

“I think that’s the only thing that some of those guys can do that I know of, if it’s going to be in music,” James said.

James said other options he has tried are offering online guitar lessons, doing studio work and mixing music for people.

“I have something like that coming up here where I’m going to mix somebody’s recordings, so that’s good work to have,” James said.

James said he is trying to look at things positively and he hopes the live streaming can continue.

“It’s great, […] you can do it from your own home and say when you’re slow and don’t have much other gigs out there,” James said. “I kind of hope for a fact that that continues and people pay attention to it and want to tip you while you’re doing those shows.”

“I think that’s great because I feel that there’s a void that is created by the lack of live music,” Arbuckle said. “I realize we have more avenues for entertainment of various sorts now than we’ve ever had[…], but there’s always an audience that needs live music.”

Arbuckle said it’s not quite the same without the in-person energy.

“At least with some of the live streaming shows[…], you at least get the ‘working without a net’ aspect to it that helps make live [music] live,” Arbuckle said. “You don’t necessarily have that energy exchange that you have live, but it’s at least a little closer than just listening to recorded music.”

Jacobs said one of the simplest ways people can support musicians during this time is to buy their merchandise or music online.

“Ideally, [people would buy] their music directly from [the musician’s] website rather than going to a streaming service because the artist gets a lot less money that way,” Jacobs said.

Other ways Jacobs suggests supporting musicians are watching their live streams and making donations or reaching out to a favorite musician to offer moral support.

“[Musicians are] used to being around people all the time, getting hugs, kisses and people telling [you] they love you and all that stuff,” Jacobs said. “Of course, now that’s gone so the moral support can go a long way as well.”

Jacobs said a lot of people are saying this is a good time to practice or to write music.

“It’s hard to do when you’re depressed and not motivated, but I would just encourage my fellow musicians to try to step out of the funk for a little while and really count your blessings,” Jacobs said.

Arbuckle said he hopes people come out of this with a rediscovered appreciation for live entertainment.

“That’s my hope as a musician and a music lover, that maybe we can get back to that a little bit,” Arbuckle said. “That might be a weird under-the-radar silver lining that in the end can come out of this.”

Editor in Chief Rana Schenke can be reached at [email protected].