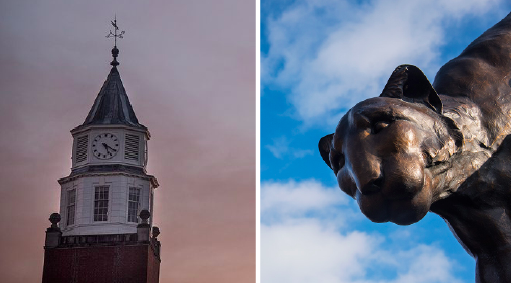 The SIU System Board of Trustees voted to delegate authority for student refunds to system president Daniel Mahony.

This vote took place during a special meeting on Monday and was unanimous.

This delegation of authority will extend until the COVID-19 pandemic emergency has passed or until the Board rescinds the delegation, according to a release from the board.

This will give Mahony the ability to authorize refunds for portions of certain fees and charges assessed to students or to provide emergency grants to cover certain student costs.

Mahony said the only decision he is ready to move forward on is housing and dining.

“Some of the different fees, some are fairly more obvious, the housing and dining, but you get into course fees and everything else, we’re going to have to look at everything over the next several weeks, several months, [and] we want the flexibility to look at those,” Mahony said.

Mahony said the system is expecting money from the federal government that will allow for the emergency grants.

“We are also raising money on both campuses that will allow us to address some of these needs, but there’s going to be a lot of these things that we’ll have to figure out,” Mahony said.

SIUE Chancellor Randy Pembrook said his campus has already been looking into the different course fees.

“We’re looking at it [at] a micro level; the science areas have course fees but it turns out that we’re using the course fee money to develop online virtual laboratories, so I think that that will work itself out without a refund,” Pembrook said.

Pembrook said the other area SIUE is looking at is art materials.

“Art professors are taking different approaches to that; some of them are actually sending art materials to the students, which they would have received in person,” Pembrook said. “I think in the next two to three weeks we should have a more detailed micro analysis of the course fees.”

SIUC Chancellor John M. Dunn addressed the two cases of COVID-19 on the SIUC campus and said both students are recovering.

“The good news is they are doing very well. They are recovering and receiving excellent care,” Dunn said. “I have spoken with both of the mothers of the students and they are complimentary of the treatment and care and kudos to Dr. [Ted] Grace and Dr. [Paul] Bennett for their personal attention and support.”

Dunn addressed the quarantine of 21 students living in the residence hall where the affected students live.

“Thus far, the quarantine is going well and no one is exhibiting any signs of any kind of distress,” Dunn said.

One concern brought up to the board was that of food workers who were concerned about their contact with the affected students.

“The food workers in Lentz Hall are nervous […] and questioning whether they too should be quarantined,” Dunn said. “I have conferred with Bart Hagston, who is the director of Jackson County Public Health, and he believes that there may be a bit of an overreaction.”

Dunn said the university has been reviewing video and determined no food workers were in contact with the affected students for a period of time or within a distance that would be concerning.

Dunn also addressed the way meals are being provided to students. He said meals are prepared and boxed for students to pick up from the dining halls.

“There is no direct interaction between the food worker and the student,” Dunn said.

Meals at SIUE are prepared in advance and distributed once a week. Each student receives 21 meals per week.

“I know some people have pushed for the idea that sending everybody home is the best solution,” Mahony said. “Frankly, I don’t believe that’s the case; that’s based on the assumption that everyone has someplace else to go and the place that they have to go will be a safe place.”