“The Hunt” is a fun but unsatisfying political satire 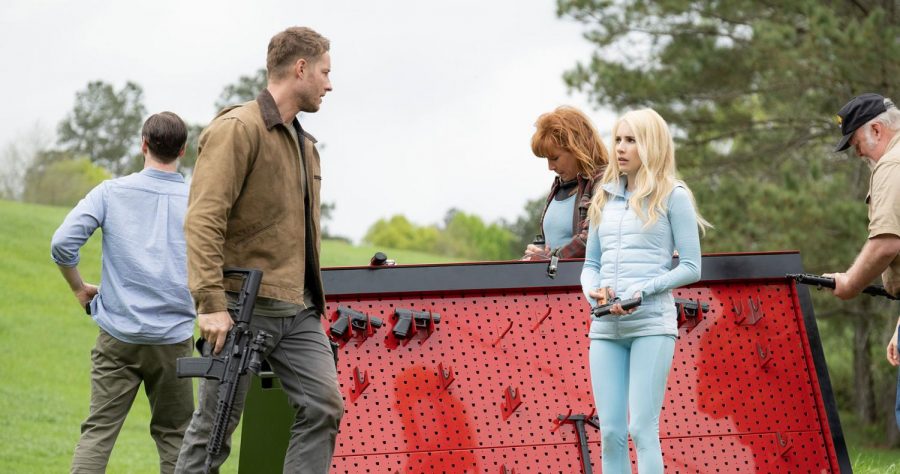 In August of 2019 “The Hunt” made headlines around the world. The film, which follows a group of “deplorables” being hunted by rich Liberal elites, received overwhelming amounts of backlash based on its premise alone.

Cable news was talking about it. It was all over social media. Even President Trump tweeted about the film, albeit not by name. This backlash and pressure, especially after two politically charged mass shootings, led the film to be shelved by Universal.

Then, it was announced last month that the film would, in fact, be released on Friday, March 13th. The marketing campaign leaned heavily into the controversy, even asking audiences to decide for themselves whether they believe the film is controversial or not.

Even the tagline for the film on the poster changed to “The most talked about movie of the year is one that no one’s actually seen,” which is a very true statement.

Virtually everyone was voicing their opinion about a film where only a single trailer and synopsis was released.

So, after dealing with all of that turmoil, I decided that I’d do exactly what the film wanted me to: Decide for myself.

Upon seeing “The Hunt”, I can understand why the backlash exists. The narrative of Liberals killing Conservatives for sport is exactly the opposite of what we need right now. However, the film’s message is an important lesson for every side of the political spectrum to learn and appreciate.

It just stinks that the film doesn’t allow those messages to take center stage and fully utilize them in the storytelling, especially since “The Hunt” is such a fun and well-made film.

The film never takes sides in the political arguments on-screen, equally poking fun at both political sides without ever seeming biased.

Some jokes don’t land nearly as well as others and most of what ends up being funny is situational humor rather than humor based on the messaging of the film.

“The Hunt” is what the film is named for, and many of the sequences throughout the hunt provide plenty of twists and shocking moments that help make the film have such a fun vibe, despite the subject matter and political tones suggesting otherwise.

It’s satirical but never seems to get past the “poking fun” stage of writing satirical material, which could explain the loss of the central message. It feels as if the audience is the one hunting for what the film is trying to say for its entire runtime.

The cast of the film is probably the best part. Betty Gilpin gives one of the greatest “final girl” performances I have ever seen, and, if the film was better, this easily could have been a star turn for her.

Hilary Swank, Ike Barinholtz, and Emma Roberts also appear and give very good performances with the screen time they are given.

Overall, I think that, if you’re going into “The Hunt” to get away for 90 minutes and enjoy something fun, it’s a good choice.

But if you’re hoping for some deeper conversations and important insights into the current situation of American politics, maybe set your expectations lower and just turn on some cable news.