“The Invisible Man” is a tense, satisfying experience 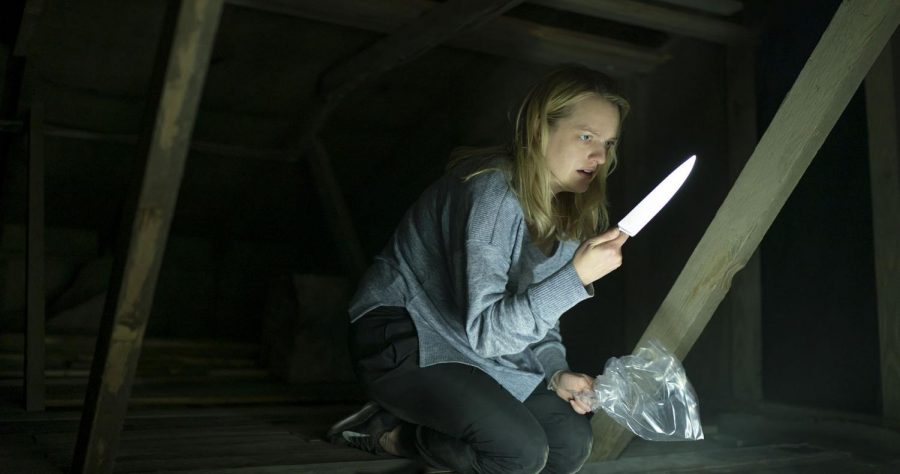 Elizabeth Moss as Cecilia in Universal Pictures' "The Invisible Man" (2020).

When a reboot of “The Invisible Man” was originally announced in 2016, it was slated to be part of Universal’s answer to the Marvel Cinematic Universe, called the Dark Universe, with Johnny Depp originally set to star.

Then, the failure of 2017’s “The Mummy” put all plans for the Dark Universe on hold, including the new adaptation of the classic H.G. Wells story.

Last year, Universal announced all Universal Monster films would be standalone films and “The Invisible Man” was the first film on deck.

Horror producer and Oscar nominee Jason Blum would produce with his production company, Blumhouse, and “Saw” co-creator and “Upgrade” director Leigh Wannel would direct the film.

In keeping with the changes, Depp was no longer attached to the project, and Elizabeth Moss was cast as the lead role. “The Haunting of Hill House” actor Oliver Jackson-Cohen was cast as the Invisible Man himself.

This modernized adaptation follows Cecilia (Moss), who escapes from her abusive husband and struggles to feel safe and acclimate to a new life. However, after her husband’s suicide, Cecilia is haunted by an invisible force she believes to be her late husband continuing his cycle of abuse after his death.

This movie is absolutely terrifying. The levels of tension and anxiety build constantly throughout the film, which is amazing considering the antagonistic force of this film is invisible.

Wannel’s direction choices are one factor that influence that feeling, and it’s incredibly slick, with every decision and shot feeling important and influential to the vibe of the film.

The film also respects the science fiction elements of the original story and brings them to life for the modern audience in the perfect way for this particular story.

The film’s commentaries on the different types of abuse present in a toxic and abusive relationship are not lost in the horror, however, and the film says a lot about gaslighting and the after-effects of leaving an abusive relationship more so than some films that only focus on those specific elements.

The cinematography by Stefan Duscio creates an uneasy environment that leaves you constantly looking in the background and in every corner of the screen for any sign of the Invisible Man.

Certain shots even suggest that he may be in the room, including one that moves Moss out of focus and instead brings the corner of a room into focus. Paired with some great editing by Andy Canny, the production all around boosts that uneasy feeling the film thrives with throughout.

Moss’ performance is incredibly powerful, and her ability to both bring the intense and terrifying scenes and the more muted and emotional scenes to life at a moment’s notice help the film excell.

Hopefully Moss gets another horror movie soon, because the talent on display here is absolutely stellar. If this had come out later in the year, she could easily be an awards contender for her work.

The rest of the cast is clearly just as dedicated as Moss. Jackson-Cohen, despite his limited screen time, is terrifying, and his facial expressions help to sell his characterization perfectly.

James (played by Aldis Hodge), a police officer and friend of Cecilia, and his daughter (played by Storm Reid), both give great performances that balance the intensity and fear of the story with some great comedic moments. The stunt and visual effects crews were also both sensational, and helped to sell the action sequences and invisible encounters brilliantly.

My favorite part of the film was easily the score. Created by Benjamin Wallfisch (“It: Chapters 1 and 2” and the “Blade Runner 2049” music team), the score perfects the tenseness of the other elements right from the get-go and it’s hugely reliable for certain scenes that would otherwise seem boring and inconsequential.

The use of a sonic-style score for this film also helps elevate the film’s sci-fi/horror vibes. I would absolutely see the film again just to appreciate the score.

In a year filled with some already disappointing horror films, “The Invisible Man” is an absolute gold mine, both for fans of the source materials and modern horror and sci-fi fans.

Some elements in the film’s third act may be rushed for the sake of having a “true ending”, but the film is ultimately a tense and satisfying experience that only makes me wonder what other Universal monster properties could be done this way.

Hopefully, whatever upcoming projects they greenlight allow creative control to be in the hands of the filmmakers, like with “The Invisible Man.”