UNI slips through Southern’s fingers in second half stunner 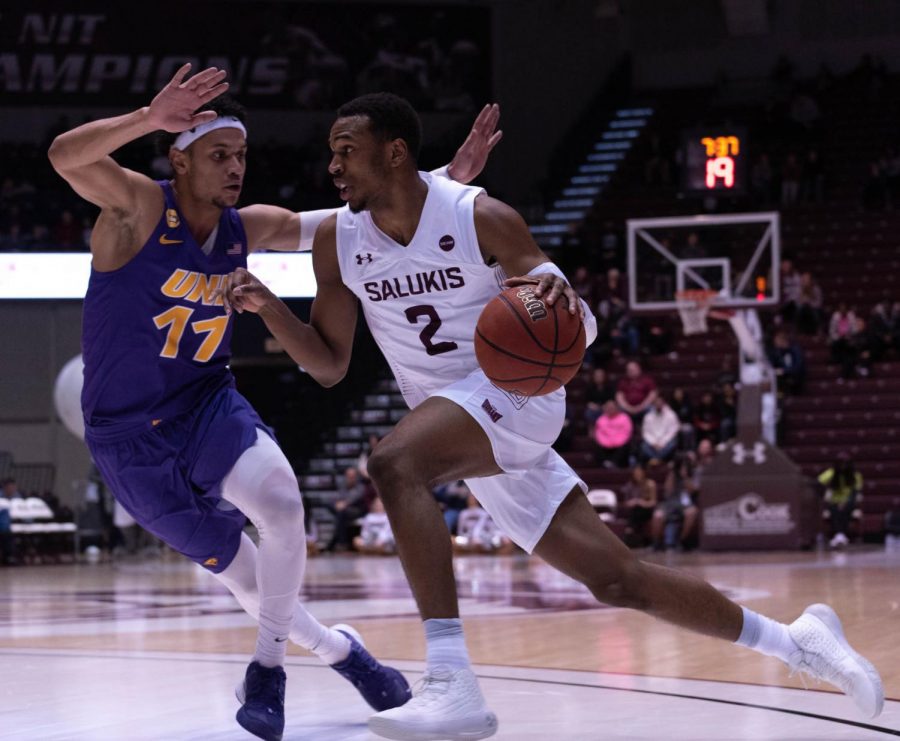 It appeared that SIU had slain the Missouri Valley Conference giant that is the University of Northern Iowa this afternoon, but a scoring drought in the second half proved to be detrimental for the Salukis taking away the hopes of an upset.

Southern held a 10-point advantage over the number-one seeded Panthers entering the second half, but a 6-2 scoring run quickly cut the lead down in the second period. From there, UNI proceeded to outscore SIU and take the win, 64-52.

A slow start for the Salukis in the first half resulted in a 13-6 scoring run for the UNI offense allowing them to take the lead early on in the game.

At the nine minute mark, Southern (16-13, 10-6 MVC) found its rhythm to go on a 21-2 scoring run that was sparked by a three-point jumper from sophomore guard Harwin Francois. Throughout the run, we saw 3-pointers from Francois, Benson, and freshman guard Lance Jones.

This massive run allowed SIU to take a 30-24 lead with two minutes left to play.

By the halftime buzzer, the Salukis managed to drain two more baskets to push their lead to 34-26 entering the second period.

Jones ended the first half with a basket and started the second with another. The layup from Jones extended the lead to 10 at 36-26.

After this basket, SIU hit a scoring drought and the Panthers (23-5, 12-4 MVC) capitalized on this, going on a 14-3 scoring run to take the lead by a single point.

A pair of free throws from McGill and a layup from freshman forward Marcus Domask put the Salukis up by three points, but for the next six minutes, the Panthers would score 10 unanswered baskets that would give them their largest lead of the game, 60-43.

For the remaining three minutes of the game, Southern made efforts to regain the lead, but the deficit proved to be too large to relieve during the time left on the clock and the Panthers were able to run away with the 64-52 win.

Next, the Salukis will take the floor on Wednesday at Banterra Center for the last time this season. SIU will take on the Indiana State University Sycamores at 7 p.m. with senior night ceremonies taking place before tip-off.